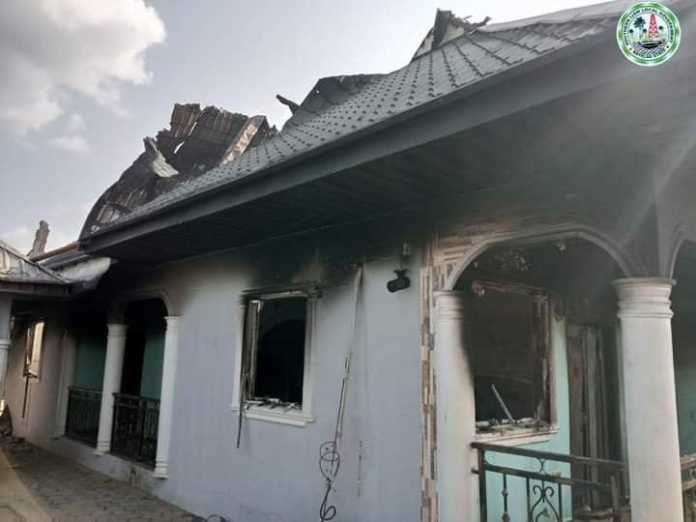 According to the vice community development chairman of Akamabuo community in Southern-Ijaw LGA of Bayelsa state, Benjamin Soko narrated that the event took place at about 1:30am on the 4th of August. He stated that he was woken up by series of endless gun sounds, only to realize that it was men in military uniforms in company with about four gunboats that were razing down parts of the communities.

The Spokesperson of IYC, Comr. Ebilade Ekerefe, who immediately mobilised to the site, condemned the action in it’s entirety, he called for professionalism on the part of the way Army, he described the invasion as an affront on Ijaw people, he therefore wondered why peaceful Ijaw communities would consistently face military invasion but the north east were Boko Haram and insurgency is at its peak are not treated like terrorists.

“We don’t want to believe that this is an attempt to depopulate the Ijaw people”, Ekerefe said.

“They came with four Naval gunboats, and one of the military was shouting ‘shoot anyone on sight’, houses were looted, houses were burnt, and up till moment we are still looking for some of our Children, wives, mother’s and some elders”