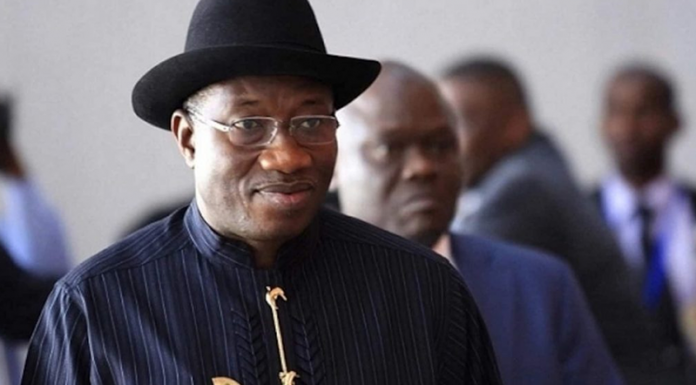 A former President, Dr. Goodluck Jonathan, on Wednesday, said it is untrue that he said he was under pressure to contest the 2023 presidency.

Some online platforms (NAIJA LIVE TV) had published that Jonathan said he was under immense pressure to contest the presidency in 2023 and that he had been promised the presidential ticket of the Peoples Democratic Party, should he decide to contest.

They quoted Jonathan as saying that some highly placed individuals have been piling pressures on him and that they have also encouraged him as the man for the job considering the alleged many failings of the current President, Major-General Muhammadu Buhari’s regime in simple areas that had been adequately addressed in his era.

But Jonathan’s spokesman, Mr. Ikechukwu Eze, in an interview with our correspondent said it was untrue that the ex-President made such comments.

He said such reports had surfaced in some online platforms in the past, adding that such insinuations never emanated from Jonathan.

Eze later in a Whatsapp message to our correspondent said Jonathan never made such comments credited to him. He added that the ex-President had been busy with his foundation, The Goodluck Jonathan Foundation, and its work of promoting peace, sustainable democracy and youth empowerment in Africa.

According to him, Jonathan has not made any comment on the coming 2023 elections.

Eze said, “There was nothing like former President Jonathan saying he is under pressure to contest. The former President has not made any comments nor spoken to anyone on the coming elections. He is busy concentrating on his foundation, The Goodluck Jonathan Foundation (GJF), and its work of promoting peace, sustainable democracy and youth empowerment in Africa.

“This is an old fake story that keeps coming up every now and then. If you check online, you will discover that a story with similar headline had been published in the past by a few shady online sources. The last time this same story circulated online was before the 2019 Presidential elections. It has now come up again. The good thing is that Nigerians already know this to be fake. That is why Nigerian newspapers and serious online news media will not publish such falsehood.”

Bayelsa Governor-elect commiserate with Nigerian Army over loss of a gallant soldier, attack on Ex-president

Wife who caught her husband in bed with housemaid...

Two weeks after wedding, Imam discovers his wife is...