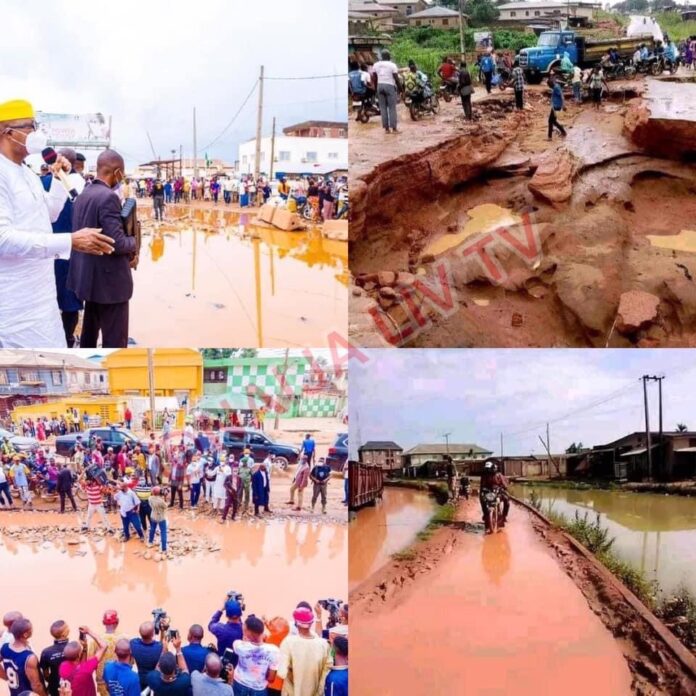 Governor Abiodun confirmed that he had not visited many of the local governments since two years ago when he assumed office.

This, it was observed, did not avail him the opportunity to know what Ogun indigenes encounter daily while plying the roads.

But as the governor goes out to campaign for candidates of the All Progressives Congress (APC), he, without being told, sees the suffering of the people as he lamented that he pitied them.

Before he started the local government election campaign, Abiodun had visited Iberekodo area of Abeokuta North to inspect the Arakanga Water works.

Seeing the pitiable condition of the road, the Governor said he felt like his government has not done anything on roads.

“On my way coming here, I saw this road and I felt sad because the road is too bad. And we have been embarking on construction of roads across the state, but this road now makes it look like we have not done anything. All these roads cannot be completed even if someone is governor for 20 years,” he confessed.