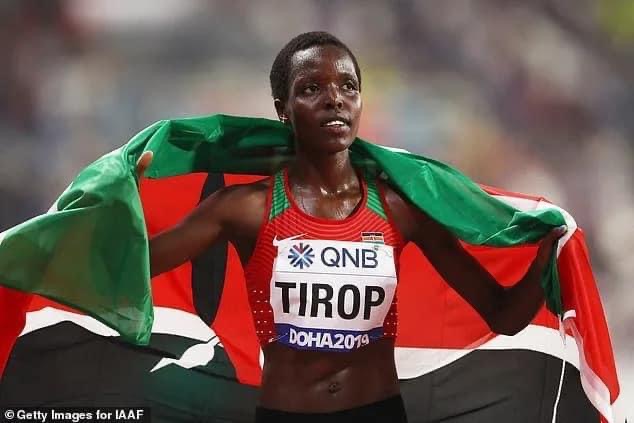 Agnes Tirop, has been reportedly stabbed to death in her home in Iten, Elgeyo Marakwet County.

Agnes, who is a two-time World Championship bronze medallist, was on Wednesday stabbed to death by her husband.

A statement by the Kenya Athletic leadership reads; “We are this afternoon distraught to learn about the untimely death of World 10,000m bronze medalist Agnes Jebet Tirop.

“Tirop was found dead at their home in Iten after she was allegedly stabbed by her husband. We are still working to unearth more details surrounding her demise.”

Tirop first made history in 2015 when she won the World Cross Country title, becoming the second youngest medalist at the event.

Tirop missed out on a podium finish at the 2020 Tokyo Olympics, after coming fourth in the 5,000m final.

Why Kenya ‘extradited’ Nnamdi Kanu to Nigeria instead of UK – Lawyer

Nnamdi Kanu was arrested without his travel documents – Kingsley Kanu