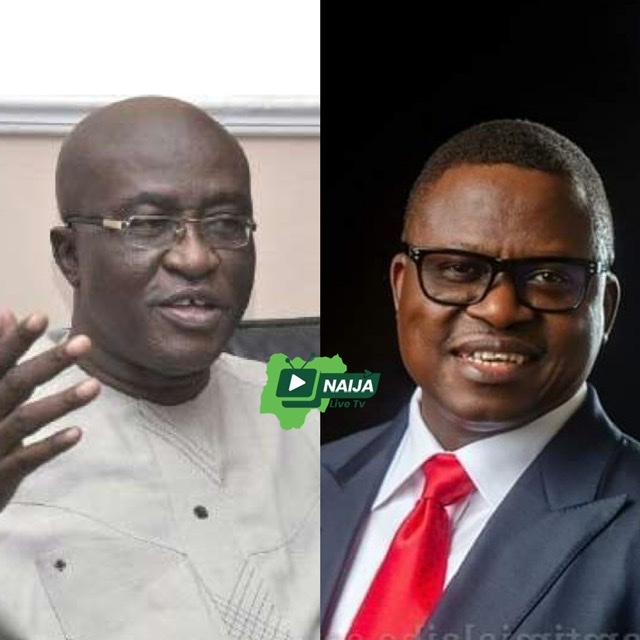 Former Managing Director of the Niger Delta Development Commission, Chief Timi Alaibe yesterday mourned the death of Niger Delta Activist, Tony Uranta, recalling his valuable contribution which led to a ceasefire between the Federal Government and the dreaded Militant group known as the Niger Delta Avengers over the bombing of oil facilities in the Niger Delta region.

According to Alaibe, Late Uranta was a quintessential peace advocate that worked tirelessly with others from the Niger Delta region in 2015 when the famed Niger Delta Avengers commenced activities to shut down oil installations and threatened oil production and the stability of the region.

Chief Timi Alaibe, in a statement issued on the demise of Comrade Tony Uranta via electronic mail and made available to newsmen in Yenagoa, stated that Tony was a quintessential peace advocate,” I recall in 2015 when the famed Niger Delta Avengers commenced activities to shut down oil installations and threatened oil production and the stability of the region. One day, Nduka Obaigbena, Tony and I travelled in Obaigbena’s private jet to Warri to meet the stakeholders; and subsequently to Abuja in an effort to achieve a cease fire and ensure peaceful resolution of the crisis. The deliberations of that first meeting, which was chaired by elder statesman, Chief Edwin Clark, eventually gave birth to PANDEF”.

Alaibe however expressed shock at the demise of the renowned activist and peace advocacte, describing the death as of disbelief,” It is hard to believe. I can’t make sense of it. It does not in any way add up. This cannot be true. The harder I try to deny it, the deeper it sinks in; that my beloved brother, TONY IPRIYE URANTA is no more. For once, death has ceased to make sense.Wait a minute! How did this happen? I knew Tony was indisposed. But nothing indicated that he was heading home so soon. Tony was not supposed to die. It never crossed my mind. We kept talking. We kept praying. We kept hoping for a miraculous recovery. Ideas and other resources to make this happen were deployed”.

“Then, suddenly, the news hit me on Wednesday afternoon. It wasn’t the news of his recovery. The news came in gasps. The voice I heard was not his. It was not altogether strange. But it did not convey good news. The message was brief; unwelcome.No, this is still not true. Tony cannot die; just like that. Bad news has dark spots; even in broad daylight. Bad news makes the heart to beat faster. Bad news travels fast. It conveys sadness. It tastes sour, even bitter. This news was bad, exceptionally bad”.

“His exit has come dozens of years ahead of its time. What shall we tell our children? He laboured and sweated for the Niger Delta but has not lived to reap the fruits of his labour. His voice was respected on national and regional issues. Today, that voice has been silenced in death. To his beloved wife Baarong, and the entire family, we pray for God’s guidance and strength. We have lost a great friend and a patriot; a man of principles and a distinguished gentleman. He was and would always remain a symbol of peace”.

I do not know the woman called Mrs. Brenda Ataga – Timi Alaibe responds

Encourage yourself in the Lord