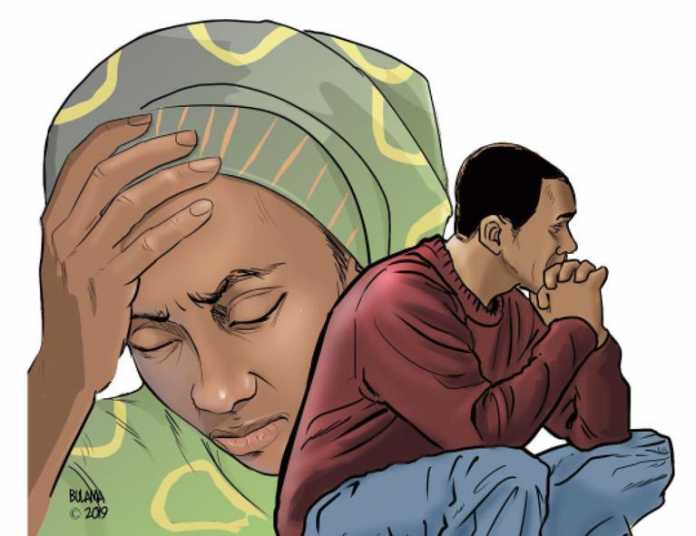 Mr Jimoh Falola, chairman, Board of Trustee, Okada ridders Association of Oyo State, on Tuesday, told a Customary Court sitting at Ile-Tuntun in Ibadan that he was still traumatised over his wife’s infidelity.

Falola, made this known while replying to a divorce application from Opeyemi, who has been married to him for 28 years.

“I cannot get over the sight of my wife in bed with her lovers from my head.

“My lord, it became a psychological problem for me.

“In fact, it was her senior brother known as Moshood who is my own friend that settled the matter before I allowed her to return to my house.

“I made Opeyemi my favourite among my eight wives because I give her everything she asked for,” he said.

Opeyemi in her petition, told the court: “I wasted a whole 28 years in an unhappy and uneventful union with my husband.

“I have never had peace of mind while with him. He has turned me into his punching bag.

”He is irresponsible and does not provide for our five children.

“Some of the children have dropped out of school,” Opeyemi said.

In his ruling, the President of the court, Chief Henry Agbaje, advised the couple to be more patient, especially because of their children.

Agbaje ordered Falola and Opeyemi to furnish the court with more evidence to substantiate their claims in addition to coming back with their relatives.

He adjourned the suit until April 12 for judgment. (NAN)