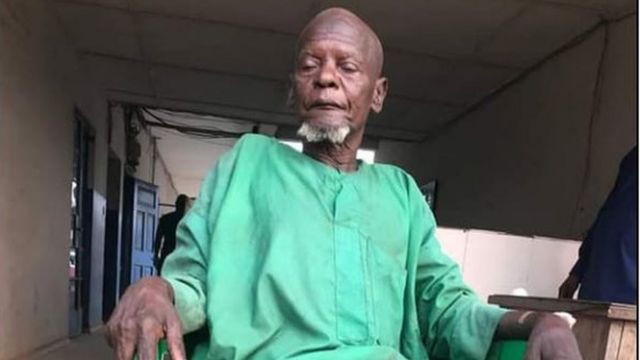 Trouble seemed to be looming across the Southwest States with the return of gunmen suspected to be kidnappers.

Top prison officials told NAIJA. LIVE TV on Saturday that gunmen carried out the attack to free the detained notorious Fulani warlord, Iskilu Wakili and other criminal Fulani herdsmen in the facility.

NAIJA LIVE TV, however, reported that hundreds of inmates used the opportunity of the attack which was carried out around 10pm on Friday, to escape from the facility.

Sources told NAIJA LIVE TV that the gunmen, three days before the Friday invasion, struck in Ogbomoso, a neighbouring town to Oyo, and the security operatives were fully aware of their presence in the area.

“The attack in Oyo last night from the Ogbomosho axis was a well-coordinated Fulani attack aimed at securing the release of Wakili, the terrorist whom (Sunday Adeyemo) Igboho drove away from Ibarapa. I am informed by my staff and very reliable people that he was the object of that attack last night at about 10pm,” one of the top source said.

“The rest was just drama. My security staff told me the gunmen struck three days ago on the Oyo-Ogbomosho Road and around that time, their strange faces were also seen around an area the boys described to me. This was a well-coordinated attack with the objective to free Wakili and other Fulani inmates,” he added.

NAIJA LIVE TV had earlier reported that the entrance to the prison was blown with an explosive device while security officials at the prison fled for their safety.

NAIJA LIVE TV on phone, the spokesman of the NCS, Olanrewaju Anjorin, had said; “Yes. It has been confirmed that the attack actually happened.

And right now, the Comptroller of Nigerian Correctional Service (NCS) and other top officers are assessing the situation. But I can confirm to you that the incident actually happened.”

On March 7, a joint team of Ibarapa security operatives, including the Oodua Peoples Congress, Vigilante, and other groups had arrested the notorious Fulani warlord terrorising Oyo communities, Wakili.

Wakili had been arrested after several attempts resulting in a gun battle.

There had been reports that Wakili and his gang were involved in the killings and kidnapping of several people in Ibarapa, Oke Ogun, Oyo State.

Wakili was nabbed barely seven days after his second-in-command, Isiaka Muhammadu, was arrested alongside four others.

The Aare Ona Kakanfo of Yorubaland, Gani Adams, had confirmed Wakili’s arrest in a statement.

On June 7, no fewer than 17 persons were reportedly shot dead by gunmen suspected to be herdsmen at Igangan, in the Ibarapa North LGA.

Residents had said the hoodlums invaded the town on motorcycles around 11pm in an attack which continued until around 3am on Sunday.

They had fingered Wakili’s men on a revenge mission to be behind the attack.

At daybreak, residents reportedly saw corpses of children and adults littered some places in the town, while houses and vehicles, including a truck loaded with cassava flour, were razed by the attackers.

The Convener, Igangan Development Advocates, Oladiran Oladokun, had said the gunmen set fire to houses to drive out the people, after which they opened fire on them.

He said the government did not take the security seriously, adding that they had reported that the herdsmen were planning to attack them.