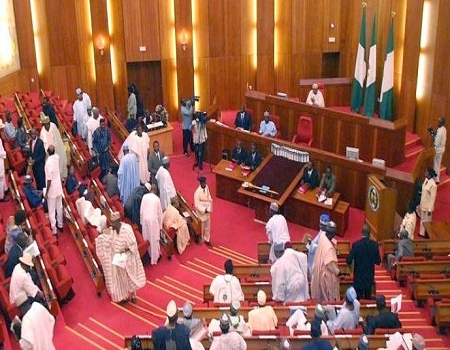 The Hate Speech and Anti – Social Media Bills are a mechanism designed to eliminate Freedom of Speech and Silence the voice of the masses in Nigeria at all cost.

These two bills, being two sides of the provabial coin are synonymous to a double edged sword with the singular purpose to destroy our fundamental human right, (Freedom of Speech). Hence we have no option than to join voice of solidarity with a host of patriotic and well meaning Nigerians to condemn the bills in totality, because they are anti-progressive and undemocratic.

It’s an open secret that these two bills are Killer Decrees under the disguise of democracy. The proposal of these bills is an unprecedented attempt to technically over-rule and ban the popular, essential and productive Freedom of Information, (FOI), act in the country.

However, it is insensitive and myopic of the Ahmed Lawan/Femi Ghajabiamila led 9th National Assembly, (NASS), to propose death sentence by hanging for any Hate Speech convict. It’s also crystal clear that the intention of these bills-Hate Speech and Anti-Social Media Bills is to intimidate, molest and kill perceived political enemies and critics of the present administration.

On this note, we want the present NASS members and actors of the Gen. Muhammadu Buhari led administration, that are engineering this retrogressive bills to take cognizance of the the veracity that power is transient, and that the same inimical bills you pass and assent into law to hunt and clampdown on your critics while in power shall be used to hunt you down as well when you are out of power.

Nevertheless, these type of cruel bills would be dead on arrival in a normal society where there is a vibrant legislature that checks the excesses of the executive, unlike this NASS that has proclaimed its readiness to do the bidding of the executive.

We hereby use this medium to call on all Senators and House of representative members not to connive with the present administration in any attempt to take Nigeria back to military regime in any disguise. The NASS should not forget their responsibility as the representatives and voice of the people while in government.

Consequently, how does it sound for the representatives of the people to propose death penalty by hanging for what they cannot define-Hate Speech-because the words “Hate Speech” does not have a generally accepted definition, but can be defined differently by individuals to suit their intention.

So, words as “Hate and Speech” are abstract and law cannot exist through them in a civil society where citizens in the NASS, Executive and Judiciary have conscience.

Bayelsa Governor’s Chief of Staff Distances self from Supposedly...