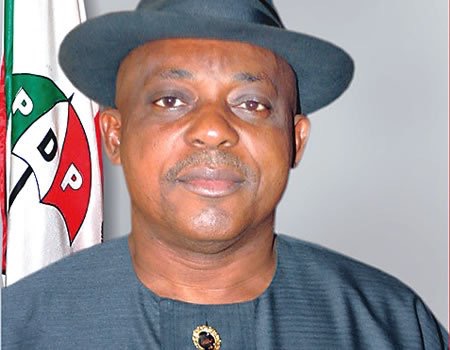 Tough times now await about 50 per cent of the staff of the Peoples Democratic Party (PDP) now facing sack as the main opposition party plans to restructure its workforce.

NAIJA LIVE TV learnt that the National Working Committee (NWC) of the party, led by Prince Uche Secondus, has finalised arrangements to prune the number of workers who are now jittery because they are unsure of those who may be affected.

Though the criteria for the selection of the staff to be laid off are not clear, it was understood that the exercise will cut across all cadres of staff.

Findings revealed that the party was already working on the severance package for its directors who may be affected, but its plans for the supervisors and the intermediate staff are unknown.

The party is said to have initially earmarked the sum of N5 million as payoff for each of the directors who may be sacked. However, the party is reportedly contemplating on bringing down the payoff to N2 million each.

Though the party has not officially informed members of staff about the restructuring plan, all of them are already aware and afraid of what may befall them following the retrieval of their personal files from the registry by the management.

Meanwhile, the members of staff are now spoiling for war, saying that they will not accept the restructure plan unless they are guaranteed their full entitlements.

Some distraught party employees who spoke with NAIJA LIVE TV at the Wadata Plaza, Wuse Zone 5, Abuja national secretariat of the party affirmed that they have not been told what will happen even though they are aware that the party is working on reducing its staff.

They also claimed that laying them off will amount to rubbishing the sacrifice they made for the party during its trying times.

A party employee who spoke to Sunday Tribune under the condition of anonymity said: “We, the staff, are responsible for the revival of the PDP after the election loss in 2015.

“We stood by the party when many people did not want to come near it because APC successfully tagged it a corrupt party. This is not a good way to repay us for our loyalty and support.”

It was not clear what action the staff may take if the party follows through on the plan to restructure without meeting the employees demands. It was not also known when the party may implement the plan.

When contacted, the National Publicity Secretary of the PDP, Kola Ologbondiyan, said he did not have any fact on the matter.