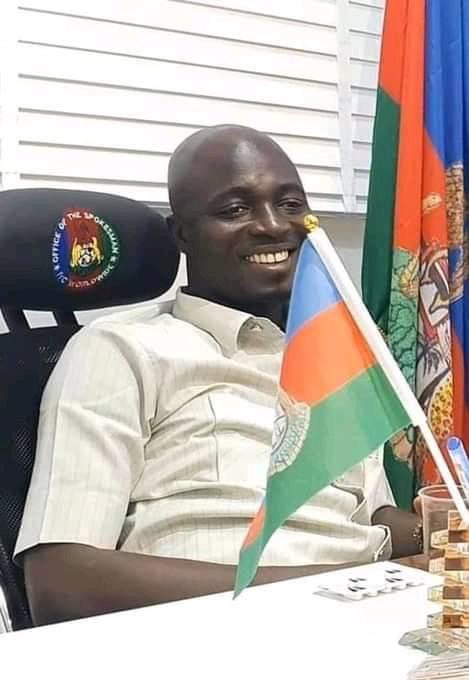 Ijaw Youths from the Nine States of the Niger Delta region have absolved President Muhammadu Buhari of any blame in the delayed re-constitution of the substantive board of the Niger Delta Development Commission (NDDC), saying politicians from the region are responsible for the betrayal and delay.

According to the Ijaw Youths under the umbrella body of the Ijaw Youths Council (IYC) worldwide, the delay is caused by the power struggle and open display of greed by some politicians from Bayelsa and other states of the region at the Federal Level.

The Ijaw Youth Council (IYC) Worldwide, in a statement issued in Yenagoa, said though the youths from the region will encourage President Muhammadu Buhari to either shun these greedy politicians or sack them for working against the interest of his administration, the immediate setting up of the substantive board for the NDDC is long overdue.

According to Comrade Ebilade, “it has come to the notice of the entire youths of the region that highly placed political office holders from the region are engaged in selfish battles over the choice of who mount the saddle of Leadership in the NDDC. These politicians are trying to usurp the powers of the President to foist a board that will work for their personal interest and not that of the region.

Ebilade noted that the entire ijaw nation is angry and disappointed at the conduct of these politicians and are ready to unveil their true identity if they don’t desist from their evil ways. Is it not enough that President Buhari has refused to publish the audit report where their names are evidently visible as part of those that ferried away the development fund voted for the region under the NDDC despite calls from stakeholders? “We are warning them that if they refuse to allow President Buhari set up the board with the unnecessary power tussles, the Ijaw Youths will convene an enlarged meeting where their names will be read out and sanction placed on them.”

“These anti-Niger Delta elements should stop pulling resources together and wasting time and energy to counter the interest of the region. While people are calling for the appointment of an Ijaw (a Bayelsan to be precise) as a substantive Managing Director (MD) of the Niger Delta Development Commission, some greedy vultures who live to feed fat in the rot taking place at the commission as a result of their personal greed & interest, are now using the weight of their high profile political appointments to truncate the efforts, all in the suspicion those who may emerge may not be their loyalists.”

“These deviant Niger Delta leaders (who over the years have become rather notorious for the betrayal of the Ijaw nation) see the NDDC as their Cash-cow, and are now bent on doing anything to frustrate the government from appointing a substantive Board of the NDDC so long as top management officers, especially the MD, would not be stooge or pawn nominated by them to continue their syphoning of the Commonwealth of Niger Delta people. What we know from very reliable sources is that, certain power brokers of the Niger Delta origin, Ijaw to be precise, sitting in Abuja have vowed that NDDC Board would never be constituted, because most of those penciled down for the Commission’s top job, are not within their immediate political embrace and control.”

“We, as Ijaw youths, are not happy with the politicization of the NDDC, because it is an interventionist agency established with the sweats and blood of our youths to bring development to the region, but over the years, politicians have leveraged on their romance with powers at the Centre to man the exalted office of MD/CEO of the Commission with nothing to show for.”

“We therefore call on the Federal Government to for once look away from the established trend of god fatherism and stooge nomination, and try to appoint into the Commission, people of Character, deep experience, technical know-how and proven track record in administration and service that will be fast track the development of the Niger Delta without undue interference by supposed political godfathers which had been the case overtime.”

“Do not test the resolve of the Niger Delta people on neglect, exclusion” – Ijaw Youths warn Buhari, Sylva