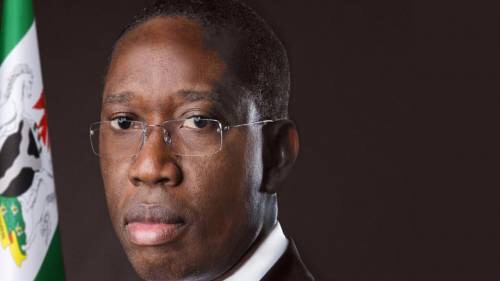 Ifeanyi Okowa, Governor of Delta State, on Thursday sacked 568 reabsorbed workers of the Delta Transport Services Limited (Delta Line), a company he sold to GIG Transport Development Company Limited (God Is Good Motors) for N161 million as against a N2 billion bid from the Delta State chapter of the Nigeria Labour Congress (NLC).

SaharaReporters reliably learned that the sacking of the 568 Deltans without entitlements was ordered by the Governor to enable GIG Motors, the new owner of the state-owned transport company, employ its own choice of staff and kick off operations formally and properly.

It would be recalled that in July 2017, Okowa had sold out the state-owned Delta Line company to GIG Motors in controversial circumstances, resulting in the sack, without payment of compensation, of the 730 workers of the company. They were reabsorbed after a series of mass protests, before the latest sack of 568 on Thursday following the Governor’s directives. 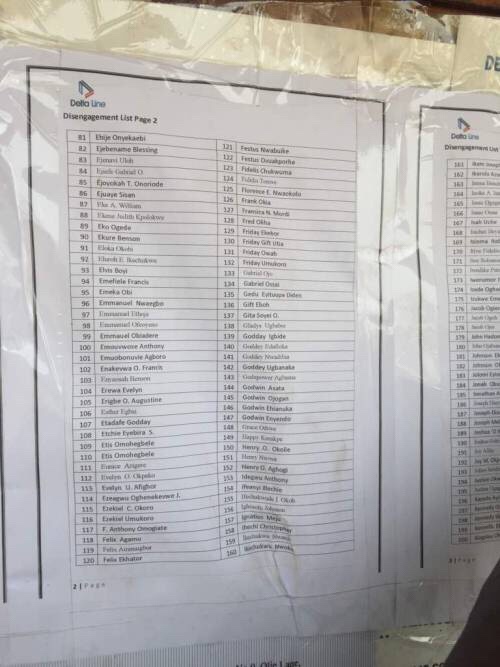 The sale of the company, which was attributed to GIG Motors’ donation of Mercedes-Benz buses to the 2015 governorship campaign of Okowa, learned was carried out without due process, leaving the state government with 30% stake in the company and GIG Motors with 70%. This was later followed with the signing of a Memorandum of Understanding (MoU), which content was not disclosed till date.

It was reliably gathered that the Chairman of God is Good Motors Limited, Mr. Chidi Ajaere, who is said to be an indigene of Imo State, has commenced fresh recruitment of staff from Imo, Anambra, Lagos and other eastern states, while Deltans are been denied the fresh recruitment.

“This is sad, this is suicidal, this is a bad omen for Delta state,” one of the affected workers lamented.

“Just in one day, Governor Ifeanyi Okowa sacked 568 of us working in Delta Line without our entitlements. This is pure wickedness. Okowa is heartless. I call on all Deltans to use their PVCs to vote him out come 2019. 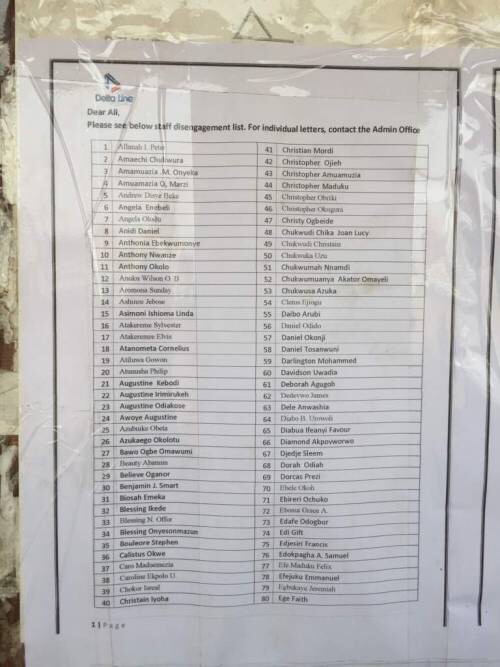 Meanwhile, in the same vein, Okowa demoted some civil servants of Grade Level 16 to 14, Grade Level 13 to 12 and Grade Level 10 among others elevated by former Governor Emmanuel Uduaghan’s administration in 2010.

A circular letter copied relevant government authorities in the state with ref number: HOS.24/36, titled ‘Elongation Of The Officer’s Cadre In The State Public Service To Salary Grade Level 17′, dated September 3, 2010, signed by Mr. O. Ofili, then Head Of Service, obtained by our correspondent, reads thus:

“His Excellency, the Governor, Dr. E.E. Uduaghan has graciously approved the elongation of the officers’ cadre in the state public service to salary Grade Level 17.

“By this kind gesture of His Excellency, the Governor, aimed at motivating the workforce to greater productivity, a new officers’ cadre progression shall now apply in the state public service as shown in the schedule here-under alongside the old career progression.”

According to the circular, “General Managers/Heads of Government owned companies, board and parastatals, howsoever they may be designated, currently on grade level 16, whose appointments, in the first instance, were approved by His Excellency, the Governor in accordance with the relevant laws establishing the outfits shall now be on grade level 17 provided they have spent a minimum of 4 years on grade level 16 and are so recommended for the approval of the appropriate authority”.

Government sources who confided in our correspondent disclosed that the 2010 elevation done by Uduaghan was mostly enjoyed by the state-owned three media houses who before now did not enjoy such elevation. 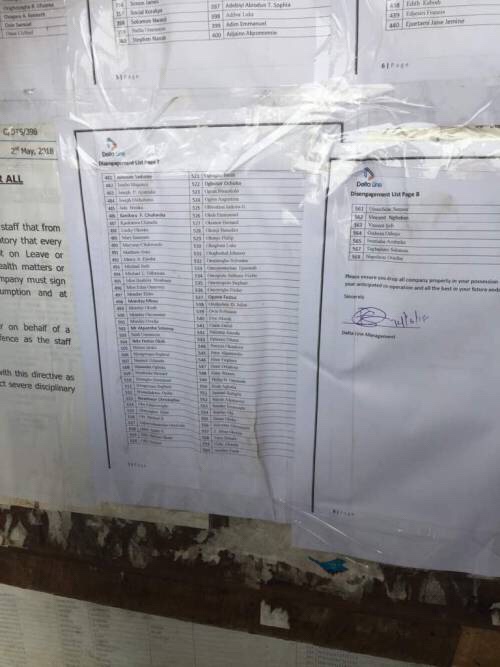 Not too happy with such elevation by his predecessor, a Government House source disclosed that Okowa may have instructed the Head of Service to originate a letter quashing the elevation which, was immediately issued as a circular. He added that till this time, the circular is still being hoarded to avoid mixed reactions.

“The whole illegal arrangement is being carried out by the Information commissioner, Mr. Patrick Ukah and the General Manager of the Pointer Newspapers, Mr. Bosah Iwobi, whose tenure has elapsed for over two years now. The corrupt practices and long stay of Iwovi has killed the Pointer Newspapers,” the source said.

“Iwobi has continued to sabotage the interest of qualified persons for promotion. He flouts orders from the Directorate of Establishment and Pension, which approved stipulated periods that staffers were due for promotion. The GM a major problem, he is nepotistic, fetish and selfish. He gives kickbacks to Ukah regularly to allow his stay in office.”

In the circular letter with ref number: ED 6/68 vol.11/631, from the Directorate of Establishments and Pensions, signed by one G.I. Obiaigwe on behalf of the Head of Service, dated 15, May, 2018 and obtained by our correspondent, demoted civil servants to lower grade levels.

The circular, which was copied the commissioner for Economic Planning, The Accountant General, The Auditor General, Commissioner for Information and others, showed that the demotion were carried out without any reasons, mainly affecting the three state-owned media houses: Delta Broadcasting Service, Asaba and Warri and the Pointer Newspapers, Asaba.

Contacted for clarifications on the circular, the Head of Service, Mr. Reginard Bayoko, who acted as if he knew nothing about it, simply said: “I need to see the letter to react appropriately. Give me some time to clarify.”

Bayoko said he reached out to Mr. G.I. Obiaigwe, who purportedly signed the circular on his behalf, but he denied it, saying: “There is no such circular. They should forward a copy of the purported circular to him (Obiaigwe) to take a look at.”

In his reaction, the state Information commissioner, Mr. Patrick Ukah, denied ever seeing such letter. When asked about his alleged involvement, he flared up and started shouting on top of his voice.

Gov. Okowa eases curfew from 8am to 6pm