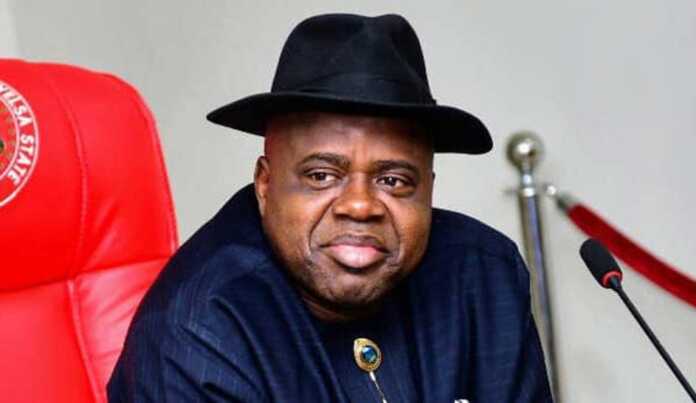 A Chieftain of the People’s Democratic Party (PDP) in Bayelsa State, Chief Perekeme Kpodoh has described the State Governor, Senator Douye Diri as “God-sent” for the state to accelerate urban renewal and even infrastructural development in all parts of the state.

According to Kpodoh, despite the paucity of funds, the administration of Governor Douye Diri and his entire team has brought into the state capital a breath of fresh air and are opening up the state through ongoing road projects, urban renewal and various welfare policies for the state work force and pensioners.

Chief Perekeme Kpodoh, who is a chieftain of the party from Sagbama Local Government area of the state, while reacting to recent good ratings of the present administration on performance, said the present administration has taken the bull by the horn by cleaning the state of shanties, the illegal markets and many others, ‘when you drive through the state capital you will notice a gradual change and a breath of fresh air”

“First of all, let me thank the Governor himself for presiding over a performing team. Infact, he has taken the bull by the horn by cleaning the state of unauthorized markets and shanties. I drove round the state and I saw a bright light around the state capital and saw cleanliness. If you look at Tombia to Igbogene, you will see bright and cleanliness. if we maintain this pace, we will be ranked among the clean states of the Federation.”

“We have been agitating and confronting Governors on development and we are happy that the present administration does not need confrontation before doing the right thing. Gov. Diri, through what he has done, he is really a God-sent. We never expected what he is doing and that shows he is prepared to lift the status of the state on development and prosperity.”

He also commended members of the Gov. Diri’s administration involved in translating the policy into action including the State Commissioner of Works, Moses Tebowei, the members of the State Environmental Sanitation Authority and the members of the Yenagoa Urban Renewal Committee for a job well done on the increase rate of cleanliness in the state.

He urged the State Commissioner of Works, Moses Tebowei and entire team at the State Ministry of works to keep the faith and assist the present administration in delivering needed infrastructure and keep the state clean.

Kpodoh also called on non-indigenous traders and businessmen in the state to support the Urban Renewal Project of the State Government instead of becoming a stumbling block to development in the state,” let me call on the non-indigenous businessmen and traders to align with the current development strides of the present administration. They should take a cue from what the Former Imo Governor, Rochas Okorocha did by destroying a whole market and later build a modern international market to replace it.”

“We need development in Bayelsa. Like as it happened in Owerri under Okorocha that is exactly what Douye Diri is doing here. Nobody raised eyeball in Owerri and they left the demolished place. Are you coming to another man’s state to challenge authority? They pushed you here, You said No. They pushed you there, You said No. What are they doing? Is it that they have bad plan against the state Government? So, when the Government demand total compliance, they should obey to avoid being arrested for violation”.

“They must follow the trend and align with the plan of the state government. Are you coming to another state to challenge policies? When Governor gives an order, everyone must align? Look at Opollo, they drive away from here, you went to School ground to occupy the fence. At Tombia, you were driven and went to set up Umbrella market. Somebody ruled before and say this is a forest state. And somebody is on seat now, and he said No, we are going to turn it into a city. And now, with the cleanliness the crime rate is reducing.”