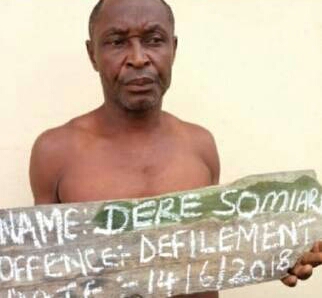 An 8-year-old girl, has been reportedly defiled by 4 men in in Ogoloma, Okirika, Rivers State.

According to news sources, the policemen attached to the Eleme Police Area Command have succeeded in arresting two of the suspects, namely Jehebamiema Nelson and Dere Somiari, while others are still at large. 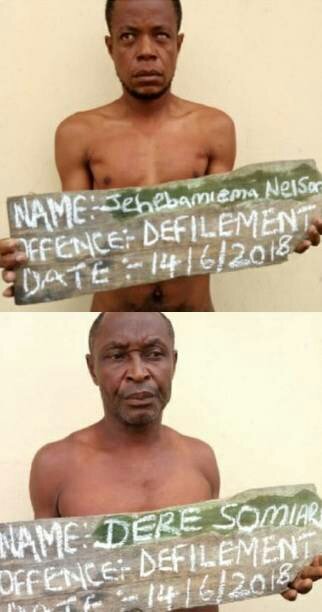 The men, aged between 45 and 68 years, allegedly took turns to defile the girl on several occasions. The victim lives with her grandmother who usually sends her to hawk.

Investigations are still ongoing at the time of reporting this .