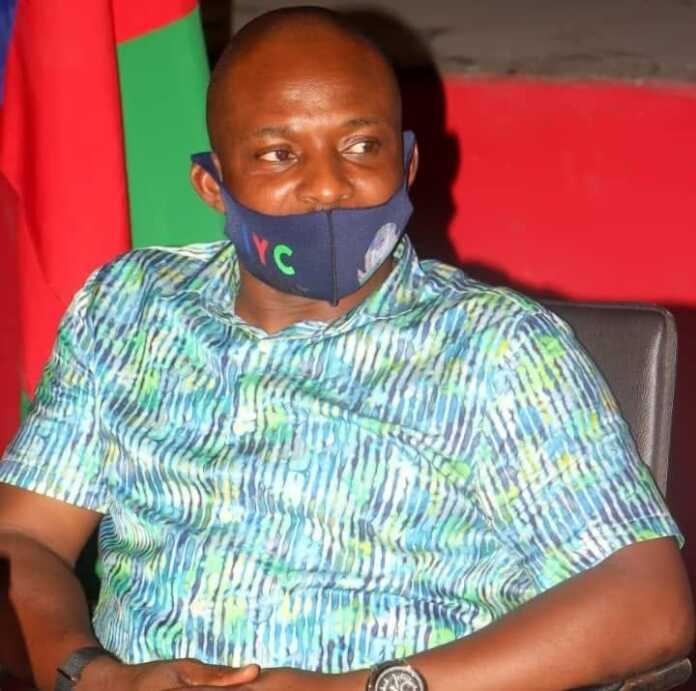 National President of the Umbrella body of the Ijaw Youths Council worldwide, Deacon Timothy Igbefa has attributed the increased cases of armed attacks and killings in some parts of the country to the refusal of the Federal Government to do the needful by addressing causes of agitations of needs of the regions.

Igbefa, who on Sunday presided over an expanded meeting of Stakeholders and leaders of ethnic nationalities in Port Harcourt, Rivers state to hand the Federal Government a one month ultimatum over the need to constitute the substantive board of the NDDC among other five demands, said the cases of insecurity will drop to the lowest ebb if the Federal Government do not allow the regions to agitate before being provided basic amenities and equity infrastructural development.

The IYC President, Deacon Timothy Igbefa, who was a guest at the 34th Birthday celebration of the National Spokesman of IYC, Comrade Ebilade Ekerefe in Yenagoa, said his advise for President Muhammadu Buhari is to address those agitations presented by the troubled region,” To solve these cases of rising insecurity in some parts of the country, It’s very simple. Mr. President should not allow region to agitate for everything they ought to have.”

“Anything that is due them don’t allow them agitate for it those are the things that bring in insecurity. If they do not agitate and you duly give them there will be no insecurity now that the region is very peaceful the president must do the needful on NDDC, on Amnesty and every federal sector in the region. The president must be very proactive and timely then there will be no issues. The region, is very safe and we are hopeful that if mr president sustains this tempo by doing the right thing in the region of course it will continue to be much better than we even are”

On the ultimatum handed the Federal Government on Sunday by the ethnic nationalities led by the IJaw Youth Council, Comrade Igbefa restated that the IYC has have made their position very clear, “The Ijaw youth council in her Exco meeting and her stake holder meeting today at the presidential hotel have given the federal government President Muhammadu Buhari one month notice. Within this one month, it is expected that Mr President, will do the needful inaugurate the board and let us see how the board in our region will not function properly anymore”.

He however warned that if there is no visible response from the Federal Government after the one month ultimatum, the Ijaw Youths will shut down all Oil exploration activities in the Niger Delta region and cut off the region from the country ,Nigeria,” If there is no positive response, we shall take action . We will shut down the entire region if there is no action from Mr President within the time frame we have given him there is no compromise.”

Earlier in a statement responding to the Ultimatum issued by the IYC, the Special Assistant on Youth Matters to the Interim Administrator of the Niger Delta Development Commission (NDDC), Engr Udengs Eradiri has called for calm from the Ijaw Youth Council following the latter’s threat to shut down the region with protests.

Udengs Eradiri, who was the immediate past President of the IYC, pleaded with the IYC to apply calm and give room to President Buhari, Godswill Akpabio and the Interim Sole Administration of the NDDC, Effiong Akwa to find a lasting solution to the problems bedeviling the Commission.

According to Eradiri,”That our youths should reconsider their position to shut down the region in protest in view of the prevailing security situations in the country. The security challenges in the country do not favour protest by a large crowd because it can be hijacked by hoodlums, who are always lurking around to infiltrate such movement and hijack it to shed the blood of innocent lives. IYC, as a responsible organisation, cannot create such opportunities for hoodlums and bandits at this trying time in our country”.

“Giving such ultimatum amounts to armtwisting the President, who in his wisdom, based on consultations and advice by the Niger Delta governors, ordered a forensic audit of the commission. Senator Godswill Akpabio has taken his time to explain that Buhari’s intention is to conclude the forensic audit before the inauguration of the board. The delay in concluding the audit is not the fault of Akpabio, who is labouring to ensure that the NDDC is repositioned to deliver on its mandate”

“. The audit was delayed by budgetary constraints, but following pleas by the Minister, the Presidency resolved the bottlenecks by taking over the funding of the audit.That the audit has recorded tremendous progress. The auditors are now on field assignments after which they will write and submit their reports. It is instructive to note that the President desires an end to the audit before inaugurating a new board to give the NDDC a new and responsible beginning. Any attempt to put the board in place without concluding the ongoing investigations will derail the forensic audit”.

“As a former IYC President, I also want the board to be inaugurated. But I have since observed that having a board has never been the problems of the NDDC. The commission has always had a board. But the problems over the years have been institutionalized corruption, failure of an accountable system and misappropriation of our commonwealth. I am convinced that the NDDC requires total cleansing and procedural and managerial changes to restore the dignity of the commission and ensure it realises its mandates. If at the end of the audit, we have a responsible and accountable NDDC, then it is worth the wait”.

“I can assure you that the audit will soon come to an end. I urge all stakeholders and our Ijaw Youths to exercise more patience and allow the conclusion of this audit. As Ijaw Youths, we don’t want to be at the wrong side of history, counted among those, who tried to thwart a process designed to reposition the NDDC for maximum performance”.
“That the NDDC as currently managed, has achieved some feats, which all the past boards of the commission could not boast of. Under Senator Akpabio and Effiong Akwa, the head office complex of the commission abandoned for about 25 years has been completed. The commission is also making efforts to reposition its scholarship scheme to give room for more beneficiaries and develop our tertiary institutions”.

“Besides, through the efforts of the Minister and the NDDC, massive work is ongoing at the East-West Road especially at the abandoned axis between Bayelsa and Rivers states. Among other things, we have concluded the procurement process required for the training of first batch of 1000 youths for the NLNG train 7 project; training for vehicle manufacturing and diagnostics with Innoson Vehicle Company and the talent hunt and sports-related programmes to give youths a sense of belonging”