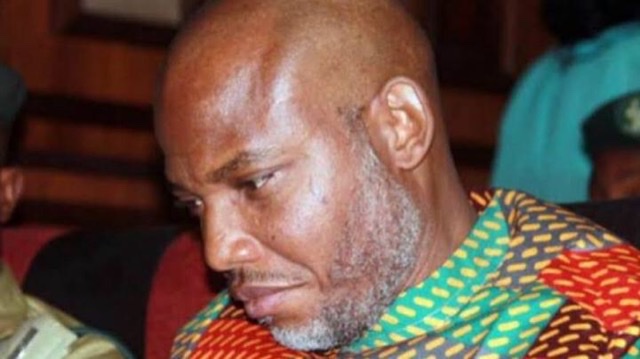 The Federal Government has filed an amended seven-count amended charge against the detained leader of the proscribed Indigenous People of Biafra, IPOB, Nnamdi Kanu.

The amended charge, which was filed by the office of the Attorney-General of the Federation and Minister of Justice, borders on treasonable felony and Kanu’s alleged involvement in acts of terrorism.

The embattled IPOB leader will be re-arraigned before trial Justice Binta Nyako on Thursday.

Meanwhile, the Senator representing Anambra North, Ifeanyi Ubah, on Monday, filed a motion before the Federal High Court in Abuja to compel the Department of State Services, DSS, to allow him to have access to Kanu in detention.