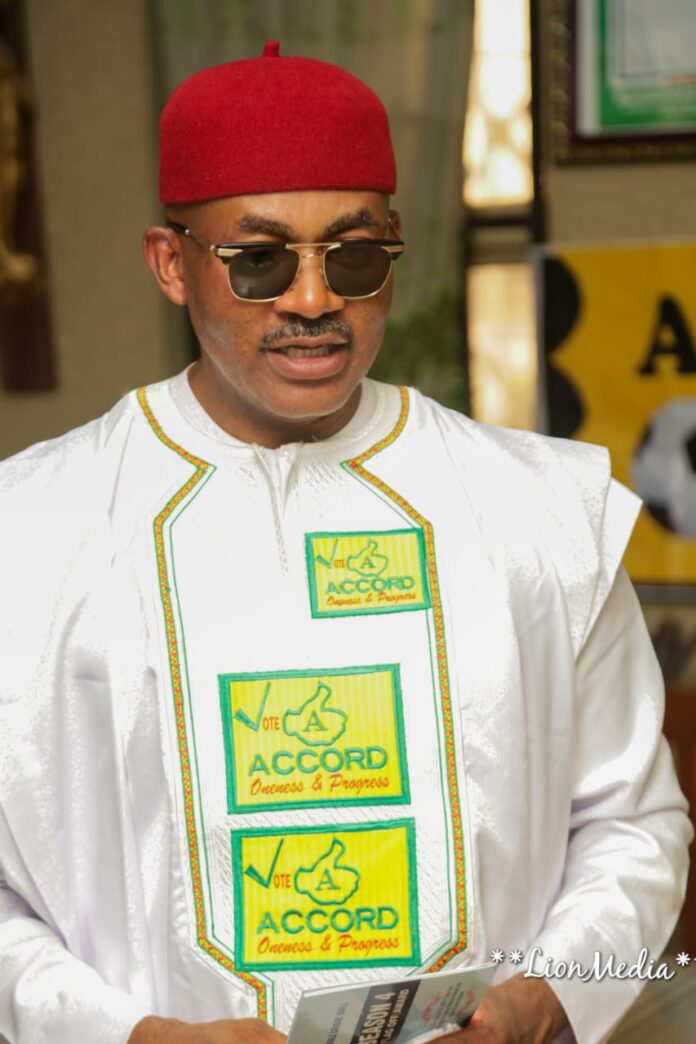 REFUTAL OF BASELESS SPECULATIONS: “IFEANYI UBAH, MADUKA, ETIABA, OTHERS TO ENDORSE SOLUDO AS A CONSENSUS CANDIDATE ” .

The baseless and distasteful speculation that Dr.Godwin Maduka(Mr Evidence) and other governorship Candidates are set to quit the governorship race for Professor Charles Soludo is a figment of imagination and a complete falsehood depicting a drowning man with political tactlessness.

Dr. Godwin Maduka, a tenacious leading gubernatorial Candidate has never contemplated negotiating with any governorship Candidate or his agent(s) to withdraw from the race.

It is becoming increasingly obvious by the day that Dr. Maduka, The Accord governorship Candidate is the most popular and acceptable Candidate to Ndi Anambra given his plethora of identifiable achievements in the areas of human and infrastructural developments hence the orchestration of campaign of calumny, yellow journalism and demonic distraction to sway voters who have decided to vote enmasse for him.

Though Dr. Maduka’s campaign is self financed, it is laughable that he will negotiate with anyone to refund his campaign expenses. The question is, how can an Antelope ask a Lion, the king of the jungle to kowtow before it for an elephant meat.

A discerning mind will easily understand that the initiators of the fake news are jittery of Dr. Maduka’s overwhelming popularity in Anambra State and beyond hence their relentlessness in making sure that they cause confusion in the polity. The good news is that “anya asago Ndi Anambra”. This is because Dr. Maduka is the only gubernatorial Candidate in the race to Agu Awka without the backing of a godfather and who has the vision and foreign contacts to transform Anambra State.

Dr. Godwin Maduka has consistently stated that he would not receive salary as a Governor and that security vote would not be used for frivolities but properly utilized for development of the State.

These avowed statements of Dr. Maduka are enough proof to expose the hollowness of the widespread speculation that Dr. Godwin Maduka plans to quit the Governorship race.

Let it be known to every eligible electorate in Anambra State that Dr. Godwin Maduka of Accord (the no.1 party on the ballot paper) is ever determined to win the gubernatorial election and serve as Governor to restore the security of lives and properties, economic buoyancy as well as repositioning of Anambra State amongst the comity of States in Nigeria.