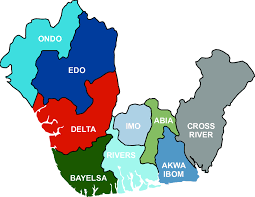 The Forum for Ethnic Nationalities of Niger Delta says it has begun legal process for the actualisation of self-reliance, saying that the law by which the region was conscripted into, forced contraption in Nigeria had long elapsed.

The region lamented that the three per cent allocated to host communities from the operating cost of the oil companies, grazing reserves among others laws/bill were act of internal colonisation against the region.

The convener of the forum, Kester Tawari, who spoke in Asaba, said, “FENND is a coalition of ethnic nationalities of the Niger Delta region, bonded together by common interest against all forms of injustice, oppression, internal colonisation and hegemonic tendencies of the Nigeria state.

“We are pleased to announce the successful hosting of our second summit, which was held on Saturday, August 14, 2021 in Yenagoa, Bayelsa State, where far-reaching decisions were taken on PIA, grazing reserves, the obnoxious national water resources bill, among others.

“The forum will resist usurpation of our unique identities and conscription of our territory into any forced union by our neighbours. One of the key resolutions at the summit was FENND to undertake pushback action against oppressive laws by the Nigerian state.

“We are not begging and have never begged, neither were we consulted to be part of Nigeria. If at all, the document by which we were conscripted into this forced contraption has long lapsed.

“After due consultation, we have no option but to seek our own destiny through non-violent and legal means. To that effect, we hereby, with immediate effect, activate the legal process for self-reliance, self-determination.”

The forum said it had started to rally round the Niger Delta region to set up a directorate of legal services to review all existing laws and set up pushback action for the actualisation of the region’s self-determination.

I have 23 Oil wells in Niger-Delta, I won’t allow anybody to divide Nigeria – Sultan of Sokoto