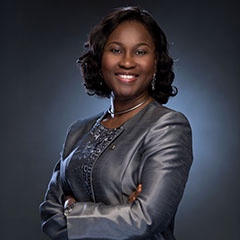 Yemisi Edun, who took over the reins of First City Monument Bank (FCMB) in an acting capacity in January after the immediate past Managing Director Adam Nuru proceeded on a leave, has been appointed the tier 2 lender’s new chief, the FCMB Group said Tuesday.

She becomes the first female CEO of Subomi Balogun-backed FCMB, the appointment having received the blessing of the industry regulator, the Central Bank of Nigeria, the financial services group said in a note to the Nigerian Exchange Limited seen by PREMIUM TIMES.

In January, the bank’s board appointed Ms Edun, who was the bank’s executive director/chief financial officer at the time, to hold the fort for Mr Nuru, to allow for an investigation into a paternity scandal involving the former CEO, Moyo Thomas, a one-time FCMB employee and Tunde Thomas, her late husband.

The high-profile probe, which arose from a petition signed by over 1,400 Nigerians, was sequel to an allegation that Mrs Thomas, who had informed her husband of her decision to leave for the United State with the kids, called Mr Thomas on arrival that none of the two kids, who had known the 45-year-old as their father, was not his.

In a statement sent to PREMIUM TIMES Tuesday, the bank said its board reviewed the allegation and established that the former MD and did not contravene its policies.

FCMB said Ms Edun was appointed simply because Mr Nuru’s service at the bank had come to an end.

“The Board of Directors of FCMB thanks Mr Nuru for his years of dedicated service and wishes him all the best in his future endeavours,” the statement said.

Prior to this appointment, the new Managing Director, Ms Edun, was the executive director/chief financial officer of the bank and previously served as the acting managing director.

FCMB MD Not The Father Of My Children – Moyo Speaks

FCMB: My Bank, My Wife and The New Social Order

Alleged Paternity Scandal: FCMB to probe MD as many demand his sack