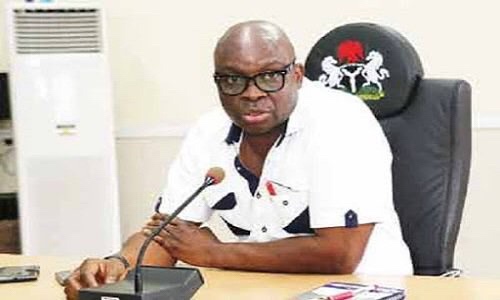 The Ekiti State Governor on Wednesday announced the sack of two board chairmen with immediate effect.

This was disclosed in a statement issued by the Secretary to the State Government, Dr Mrs Modupe Alade.

The sacked board chairmen are Chairmen of the State Teaching Service Commission, Chief Gabriel Falayi and that of the Governing Council of the College of Education, Ikere Ekiti, Prof. Babajide Alo.

The statement announced that “Chief Femi Ogundipe has been appointed as the Chairman of TESCOM; Mrs Adeola Yesufu as Chairman, Governing Council of the College of Education, Ikere Ekiti and Mrs. Folasade Akinrinmola as Full-Time member of the state’s Universal Basic Education Board (SUBEB).

”The decision was as a result of the need to reorganise government parastatals for effective service delivery.”