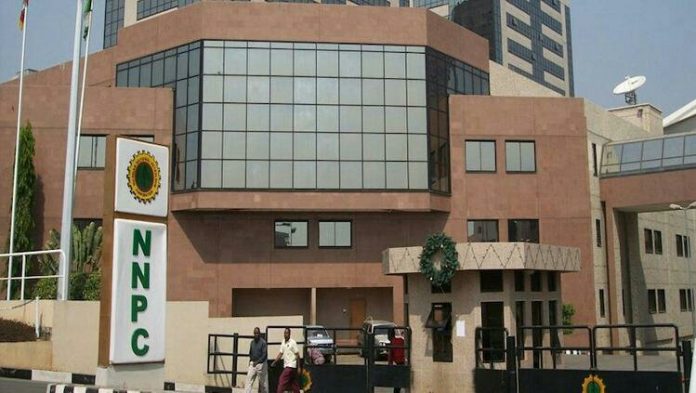 The controversy that trailed Wednesday’s stalemate in the Federation Accounts Allocation Committee (FAAC) meeting continued on Saturday, as representatives of the 36 states and Abuja accused the Nigerian National Petroleum Corporation (NNPC) of falsehood and deceit.

The representatives, consisting mainly Commissioners of Finance and Accountants General, on Wednesday refused to share the revenue made available by NNPC as statutory allocation for the three tiers of government for June.

Although no member of the committee explained why they refused to share the available revenue, Minister of Finance, Kemi Adeosun, said on Thursday the deadlock was as a result of the “unacceptably low” revenue remitted by the NNPC for sharing.

Mrs Adeosun, who is also the Chairman of the FAAC Committee, told state governors the revenue made available by NNPC for sharing during the month “fell lower than expectations”.

She said FAAC members felt the figures the NNPC proposed for sharing were unacceptable, while some of the costs included in the report could not be justified.

Earlier, the NNPC through a statement by its spokesperson, Ndu Ughamadu, denied any wrongdoing, saying the remitted amount was agreed by the governors of the 36 states.

Mr Ughamadu, in a statement sent to #NaijaLiveTv, said the N147 billion revenue remitted to FAAC for sharing to the three tiers of government was “in line with the terms of agreement it had with governors on the matter”.

He said the understanding between the NNPC and governors was that an average of N112 billion should be remitted to FAAC every month.

Despite the low benchmark, the NNPC said after meeting cash call obligations on joint Venture (JVs), deductions for Premium Motor Spirit (PMS)-cost under recovery and pipeline maintenance, it ‘exceeded’ the limited set by the governors by N35 billion.

But, on Saturday, Commissioners of Finance Forum in FAAC, still disputed the figure the NNPC said it remitted for sharing.

Rather than N147 billion claimed by the NNPC, Chairman of the Forum, Mamood Yunusa, told reporters in Abuja, that the state oil firm transferred only N127 billion, being the equivalent amount remitted in May, leaving a shortfall of N20 billion.

According to Mr Yunusa, since Wednesday, Mrs Adeosun has been meeting with members of the Forum, along with Federal Ministry of Finance officials, Office of the Accountant General of the Federation, Central Bank of Nigeria and the NNPC top management over the issue.

Mr Yunusa, who provided more details on Sunday, said based on all provable assumption and parameters, the NNPC should have “remitted N60 billion as Royalty based on the verbal admission of Department of Petroleum Resources (DPR)”.

Similarly, based on the MTEF (medium term expenditure framework) submitted by NNPC, the expected Petroleum Profit Tax (PPT) should have been 1.46 multiplied by N60 billion, “amounting to N87.6 billion”.

He said the total figure would come to about N147.6 billion, which is what was expected to be remitted to the federation account, against N127 billion “the NNPC actually paid”.

Apart from the figure, Mr Yunusa said the NNPC also claimed it spent about N3.5 billion to take care of product pipeline leakages/vandalism. Meanwhile, the Department of Petroleum Resources (DPR) which is supposed to keep the records of such incidents and repairs claimed not to be aware of the expenditure, the official explained.

Mr Yunusa said it was curious that states were getting more revenue to share at a time crude oil price was averaging about N50 per barrel, wondering why the return should be so low when the price of the commodity is almost N80 per barrel currently.

On Sunday, the NNPC spokesperson, Mr Ughamadu, expressed surprise that the governors, who reportedly reached understanding with the corporation on the amount to be remitted to the Federation Account monthly, are “the same whose representatives are disowning the agreement”.

He insisted the NNPC did nothing wrong and would “continue to be transparent and accountable in operations.”

While the controversy continues, thousands of state workers are yet to be paid their salaries for June. The Bayelsa State Government has said its workers may not receive their June pay until the controversy is resolved.