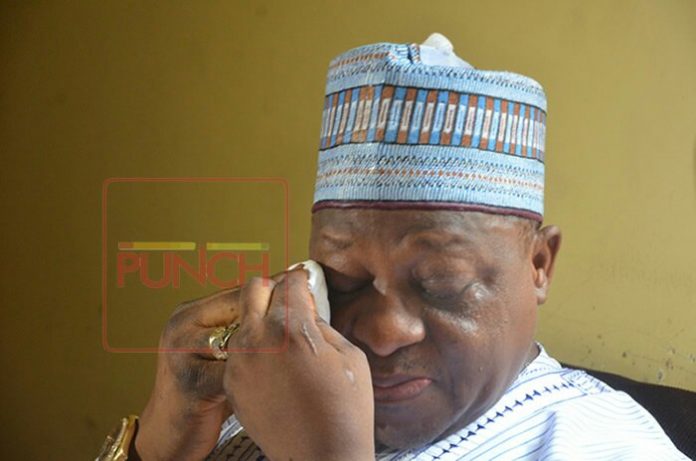 Joshua Dariye, a former governor of Plateau state, who was handed a 14-year jail sentence on Tuesday, begged for mercy at the federal capital territory high court (FCT) where he was convicted.

Dariye was found guilty of 14 counts out of 23 counts preferred against him by the Economic and Financial Crimes Commission (EFCC).

He was said to have used an account belonging to Ebenezer Reitner Ventures, a company he owns, to divert ecological fund.

Before Adebukola Banjoko, the judge, gave her ruling, Paul Eroko, counsel to Dariye, pleaded for a light sentence.

“Appeals to your judgement do not succeed, we will fall on your mercy. The prisons are congested,” Eroko said.

“They misled the governor, it is the bank, they said he didn’t have to present anything.”
But Rotimi Jacobs, counsel to EFCC, said Dariye did not deserve a light sentence because he “didn’t show remorse”.

Jacob asked the court not to give Dariye a light sentence in order to serve as a deterrence to those holding public offices.

“He is not remorseful, his case should serve as a deterrence,” Jacobs said.

At this point, Dariye said he wanted to speak.

“Have mercy, you are a Christian, your name is Jacob,” he said.

Dariye was whisked away by policemen after the judge ruled.