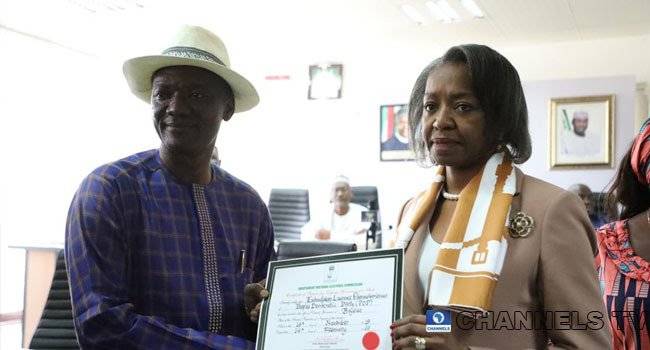 Did u know the newly sworn in deputy governor of bayelsa is also accused for Certificate forgery. see below

Fresh report has it that the Sen Erudjakpo has no records there apart from the fake certificate currently with INEC. Going further, he forged his NYSC certificate. This was where he made the most obvious error. According to the fakes (see attached pictures) he graduated on 3rd February 1998 and was given his purported letter of exemption on 2nd February 1998, that is, his exemption letter came before his graduation.

But that is not all. He forged two NYSC exemption letters with varying spelling of his names (see photos below)

To that effect, on 28 November 2019 a federal High court in Abuja ordered the arrest of Senator Lawrence for criminal forgery, but he somehow evaded arrest by staying out of circulation

The case is still in court, as is Alaibe’s

The PDP pair will be sworn in as governor and deputy respectively, that is certain. What is not certain is if they can make it through another quarter of this year without getting sacked. The battle for Bayelsa is merely half way gone…

President Buhari finally addresses the Nation on the Covid-19...

Over 80 journalists ‘barred’ from Aso Rock

JUST IN: 5 New Cases Of Coronavirus In Nigeria...