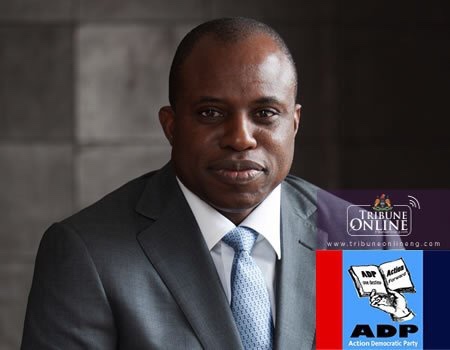 Amadi commended members of the party for conducting themselves peacefully during the elections, while urging the to work assiduously well in ensuring that candidates of the party for all elective posts emerged victorious in the forthcoming elections.

He said: “I am glad today to announce that the former Speaker of the House of Representatives, Hon Dimeji Bankole, has won the governorship primary of our party in Ogun state after polling 157,466 votes.

“We have the total number of members accredited across the state to be a total of 157,600 and the election free and fair. By the power conferred on me as the returning officer in Ogun state, I hereby declared Rt Hon Dimeji Bankole as the winner of this primary election and flagbearer of the party during the 2019 governorship election.”

JUST IN: You trampled on the will of Nigerians – Atiku responds to APC’s claim he’s Cameroonian