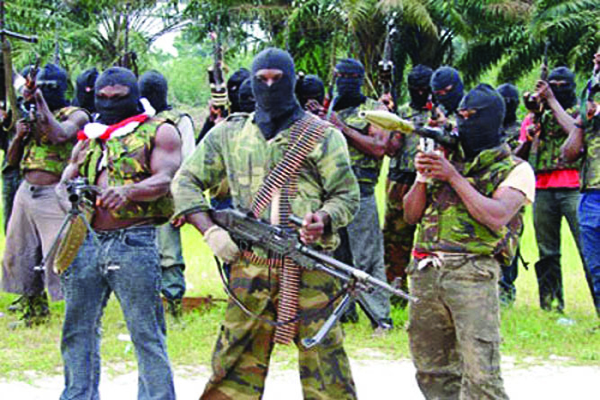 EX-AGITATORS under the under the auspices of Phase 3 Ex-agitators, Tuesday, urged President Muhammadu Buhari, to handle Niger Delta Development Commission, NDDC, Board controversy without pressure.

The group in a statement signed by the National Secretary Comr. Tam Odogwu, pointed that the advice became necessary following the various factions who are calling for a new board and others calling for the already appointed board to be inaugurated, hence Buhari need not to be pressurized by these groups in the Niger Delta region, but should go on with the newly shortlisted high ranking professionals from the region.

The statement reads in part, “We will like to make our position known here, which we want to urge President Muhammadu Buhari not to allow pressure to set in as far as the Niger Delta Development Commission, NDDC, board controversy is concerned.

We commend Mr President for critically studying the issues and coming out with a right sense of judgment or decision to inaugurate the Board, which is for the betterment of the region according to his good intentions for the millions of people in the region.”

The group in the statement also assured the President of support, “We will continue to support President Mohammadu Buhari for always prioritizing the issues affecting the region.

“The constituting the NDDC Board will to go a reasonable extend to re-strengthen and enhance the existing peace in the Niger Delta Region. We are happy that the continued political lobbying for this or that portfolio will very soon come to an end.

“We want the region to have a new narrative in the areas of infrastructure and human capital development which are the core mandate of the commission.

“The Minister of Niger Delta Affairs, Sen. God’swill Akpabio also deserves to be celebrated for doing a good job by sensitizing the commission through the forensic audit thereby setting a standard for effective and efficient operation devoid of further corrupt activities.

They also urged the Minister of State for Petroleum Resources, Timipre Sylva, and the Interim Administrator Presidential Amnesty Programme, Col. Millard Dixon Dikio (Retired) to support the Minister for Niger Delta Affairs to facilitate the process.