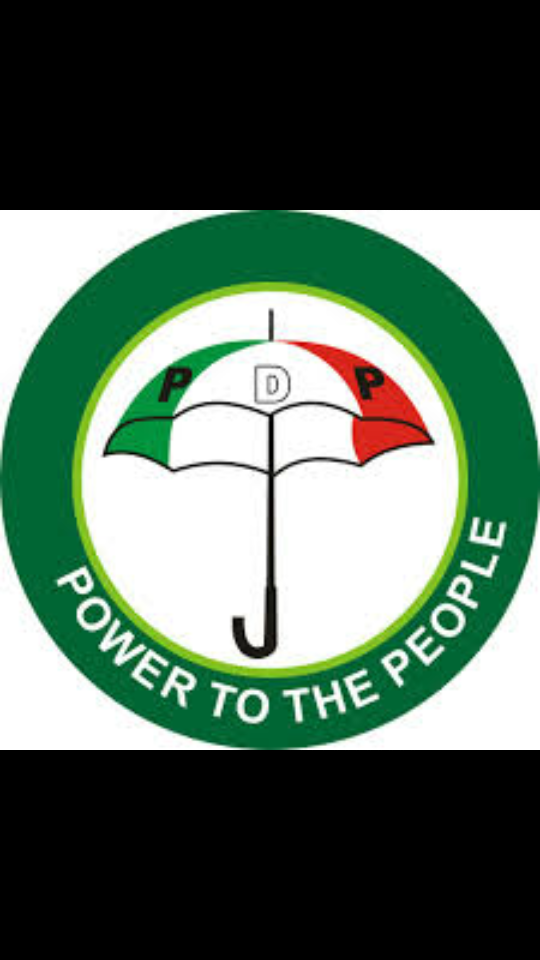 Press Conference by the Peoples Democratic Party (PDP) on The Rigging of the July 14, 2018 Governorship Election in Ekiti State by the All Progressives Congress (APC).

The PDP Cannot Be Crushed!

The Peoples Democratic Party (PDP) rejects in its entirety the results concocted by the All Progressives Congress (APC), the Independent National Electoral Commission (INEC) and security agencies, in the governorship election in Ekiti state and declared by INEC.

The party rejects the falsified results and declaration of APC candidate, Dr. Kayode Fayemi, to be the winner of the election, as a daylight robbery, a brazen subversion of the will of the people and direct assault on our democracy.

From the authentic results flowing directly from the polling centers across the state, it is clear that the PDP candidate, Prof. Kolapo Olusola-Eleka, incontrovertibly won the election, with very comfortable margin over the APC candidate, only for INEC to allow the alteration of results at the collation centers.

Paifully, the people of Ekiti state were pillaged, openly brutalized, confronted with the worst form of cruelty and intimidation from security agencies, and their mandate, which they freely gave to the PDP, was snatched at ‘gun point’ by enemies of democracy, who are parading themselves as icons of anti-corruption.

Nigerians are witnesses to all manipulations by the APC, aided by security agencies and compromised INEC officials, to rig the election, particularly, the audacious alteration and substitution of election results in favour of the APC at the collation centers amidst the brutalization of our agents.

The PDP has the details of all the polling units where we won, mostly with very wide margin ahead of the APC, only for the security agencies to chase away our agents, then aid the alteration and swapping of such results with those smuggled in by the APC at the collation centers.

We have the detail of the discrepancies between the authentic results from the polling units and the false figures eventually announced by INEC.

It is also instructive to state that all the issues we raised ahead of the election, including the conspiracy between the APC, some compromised INEC officials and security agencies; the importation of thugs from other states by the APC; the use of brute force against our members, the falsification and alteration of results in favour of the APC, all manifested in the election.

We know how APC conspired with INEC to bring in card reader machines belonging to Kogi, Lagos, Ondo, Oyo, Ogun states into Ekiti state to enable APC members from these states to vote in Ekiti election with ease.

Nigerians will recall the irresponsible and inciting statement credited to the factional National Chairman of the APC, Adams Oshiomhole, where he threatened that the opposition will be “crushed” in this election.

These threats were carried out with the full collaboration of our security agencies.

Furthermore, the PDP has details of how APC state governors and federal ministers diverted huge sums of money from their states and ministries to bribe top officials of INEC, particularly, those in the ICT Department as well as security agencies to perfect the brigandage against the people of Ekiti state.

The PDP holds strongly that there is no way our democracy can survive with an electoral process as witnessed in Ekiti state under President Muhammadu Buhari and the current INEC leadership.

This bare-faced subversion of the will of the people is a clear recipe for crisis and we invite Nigerians and the international community to hold President Buhari, the APC, the INEC Chairman and heads of security agencies in Nigeria responsible should there be any breakdown of law and order in Ekiti state as a result of this election.

This robbery of the franchise of Ekiti people is a horrible rape of our democracy and it is most uncharitable that it could happen under the watch of President Muhammadu Buhari as well as the participation of the APC, who hugely benefitted from the credible electoral process midwifed by the PDP in 2015.

It is shameful that APC and President Buhari, who jointly won a pan Nigerian election in 2015, now rely heavily on brute force to deliver their gubernatorial candidate in Ekiti state. This, indeed, is very shameful!

Finally, let it be known to all that, surely, this electoral banditry will not stand. The PDP is already collating all the infractions in this election and within the possible timeframe, we shall make our next step to reclaim our stolen mandate public.