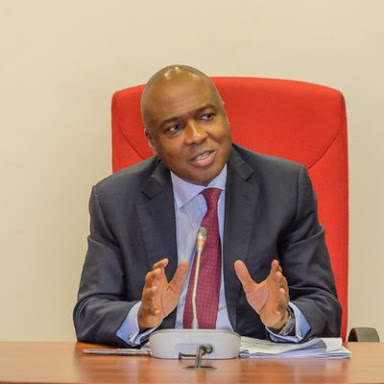 The ruling All Progressive Congress (APC) yesterday mocked the Senate President, Dr. Bukola Saraki to declare open his stand on the ongoing political alignment among political parties in the country, insisting that his silence showed that he is a double agent within the APC.

The All Progressives Congress (APC) in a statement issued Newsmen by the Deputy National Publicity Secretary, Hon. Yekini Nabena, alleged that the Senate President, Olusola Saraki is playing the role of a double agent in APC if he did not make his stand known.

Banana, in the statement observed that though Senator Saraki is free to associate with whomsoever he chooses but he must do so according to the rules of the game and not try to destroy the party.

“In recent times, there have been attempts to discredit the leadership of the All Progressives Congress (APC) and the federal government it controls by a roguish alliance of forces within and outside the party. The President of the Senate, Dr. Bukola Saraki, has loomed large in this scheme. Saraki has never hidden his sympathy for those who have launched a vicious attack on the APC, a party that gave both him and the nascent mudslingers the platform on which they ply their political careers.”

“The APC is not averse to dissenting positions. But we reject deceit in every shade or form. Saraki must declare now where he belongs, whether he is for APC or other political interests. He cannot serve God and mammon. He cannot play hide-and-seek. He cannot hide behind his fingers.”

“We are aware that a number of Saraki’s aides and close allies have left APC for the Peoples Democratic Party (PDP). For example, Alhaji Abubakar Kawu Baraje has returned to his former home in PDP; Saraki’s Chief of Staff, Dr. Hakeem Baba Ahmed has withdrawn his membership from APC”.

“We are also not unaware of the fact that Saraki is the brawn and the brains of the so-called Reformed All Progressives Congress (rAPC)”.

“The senate president’s current activities are a betrayal of his position at the last national convention of APC, where he urged the new leadership of the party to carry everyone along in the effort to improve the party and enhance its chances ahead of the impending political contests in the country. When he made those comments, we had thought he was sincere and that he would follow through his counsel”.

“But, alas, we were wrong. It is clear that Saraki has not learnt any lessons from his initial betrayal of APC in 2015, when he traded off the party’s right to produce the deputy senate president for his selfish ambition of becoming the senate president.”

“APC is a democratic institution and Saraki is free to make choices in accordance with the laws of the country. But he cannot continue to take members of APC for a ride.”

“Politics is based on trust. Saraki has betrayed the trust reposed on him by the party. If he wants to leave APC, let him leave peacefully, and not try to destroy a house that gave him accommodation when he needed it most.”

“His current attitude can only be the action of a traitor or a double agent.”