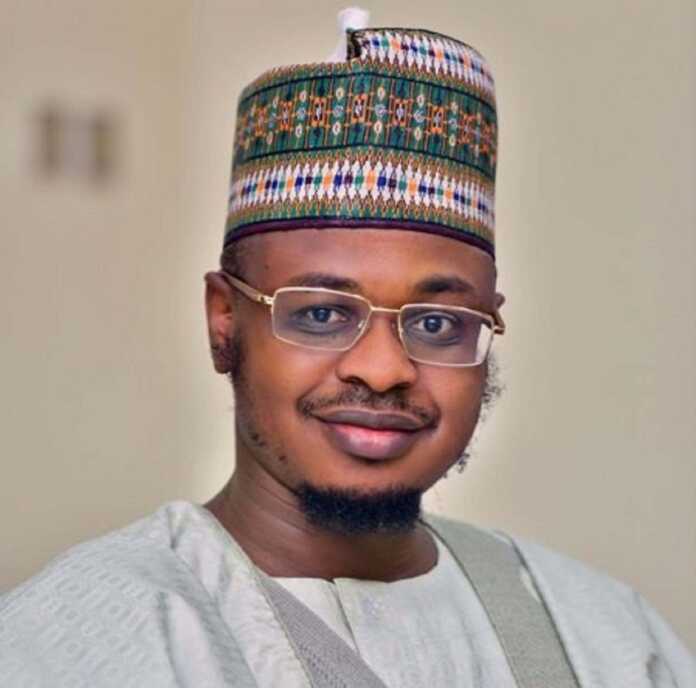 Former Assistant Director with the Department of State Services, Dennis Amachree, has said the secret police informed the Federal Government and the National Assembly of the past radical pro-Taliban views of embattled Minister of Communications and Digital Economy, Isa Pantami before his confirmation as minister in 2019.

This came as the Federal Executive Council, FEC, said the alleged link of the minister with Al-Qaeda and Taliban some years ago was not discussed at its meeting yesterday.

These came on a day the Minority Leader of the House of Representatives, Ndudi Elumelu, at plenary, moved for the immediate resignation or sack of the minister for showing sympathy to the deadly activities of insurgents.

Amachree, who spoke while featuring on PUNCH Online interview programme, The Roundtable, yesterday, however, said the minister must have been confirmed by the National Assembly due to a lot of factors, including federal character balancing.

Pantami, a former director-general with the National Information Technology Development Agency, NITDA, is the only member of the Federal Executive Council from Gombe State.

Amachree also said the minister should resign as it was difficult to deradicalise someone of his kind.

He said DSS had information on all individuals of interest, adding that the minister’s past extremist views were communicated to the Federal Government and the legislature.

He said: “There is no information that escapes the DSS. We have all of it, all. When I was working there, we keep a catalogue of anybody of interest that comes up to limelight in this country.

“During the vetting process for anybody to be appointed a minister or commissioner or anything, your name is sent to the DSS for vetting. They check your background up to the extent of your grandmother.

‘’They check your schools up to the extent of your primary school. And of course, they keep a tab on you online and offline. We get a lot from open source intelligence and I can tell you that in Pantami’s case, we have it.

“But there is a political angle to it. When somebody is being appointed, if the security agencies see that there is something wrong with his name, they will send it to the appointing agency.

‘’The appointing agency will now decide amongst other variables either religious variable, federal character balancing variable, or political variable and say that, ‘Oh, yes, we know that this guy has this and that but let’s appoint him.

“So, the political decision is not taken by the SSS. Even when you go to the Senate for confirmation, there is party by party and you can see that there are some political candidates that the opposition party will say that this one will not be appointed but because he belongs to that party, they will appoint him.

‘’So, these are political and federal balancing where they will say that there is nobody from this place that has been appointed, so let’s appoint him.”

The ex-DSS director, who disclosed that the United States was gathering information on the communications minister, said: “He (Pantami) has just submitted his name into US database. The cataloguing of people is not automatic, it comes in drips and drops.

‘’Now, people are talking about him and that has come to the attention of the United States Embassy in Nigeria already. Now, they will do a deeper dive into his background. They will catalogue him and now they will start watching him and if it comes to a very critical level, they will place him on a no-fly zone.”

Also yesterday the Federal Executive Council, FEC, said the minister’s alleged link with Al-Qaeda and Taliban some years ago was not discussed at its meeting.

The Minister of Information and Culture, Alhaji Lai Mohammed, who briefed State House correspondents at the end of the council meeting presided over by President Muhammadu Buhari at the Council Chamber, Presidential Villa, Abuja, said the issue was not raised at the meeting.

Pantami was not physically present at the meeting but attended virtually from his office.

Fielding questions on whether the council discussed the matter and government was comfortable with its burden on its image, Alhaji Mohammed said: “I’m not going to go into the issue of whether government is comfortable or not. I will answer your question directly. It was not discussed at the council meeting.”

Pantami, who had been embroiled in controversies over his previous comments endorsing both terrorists organizations has, however, announced that he had renounced the views.

He said during his daily Ramadan lecture at Annor Mosque in Abuja last Saturday that he now knew better about some of the comments he made in the past.

Pantami had posited that the campaign against him was politically motivated, saying “for 15 years, I have moved round the country while educating people about the dangers of terrorism.

‘’I have traveled to Katsina, Gombe, Borno, Kano states and Difa in Niger Republic to preach against terrorism.

“I have engaged those with Boko Haram ideologies in different places. I have been writing pamphlets in Hausa, English and Arabic. I have managed to bring back several young persons who have derailed from the right path.

“Some of the comments I made some years ago that are generating controversies now were based on my understanding of religious issues at the time, and I have changed several positions taken in the past, based on new evidence and maturity.

“I started preaching when I was 13, many scholars and individuals did not understand some of international events and, therefore, took some positions based on their understanding, some have come to change their positions later.”

Meanwhile, the Minority Leader of the House of Representatives, Ndudi Elumelu, yesterday called for the immediate resignation or sack of the Minister of Communications and Digital Economy, Isa Pantami for showing sympathy to the deadly activities of insurgents.

Relying under matters of privilege, Elumelu asked the House to cause a debate on the issue, particularly demanding Pantami’s exit from office.

Elumelu said that Pantami’s apology didn’t hold water, stressing that even the minister had apologized for his previous links with terrorists.

He said: “Mr Speaker, my privilege borders on one of the serving ministers called Sheikh Ali Isa Ibrahim Pantami. He is the Minister for Communication and Digital Economy of the federal republic. And the portfolio that he currently occupies gives him the free latitude to administer, coordinate and manage flow of sensitive information within and outside the shores of Nigeria.

“Mr. Speaker, there have been insinuations that he has direct links and personally subscribes to the extreme Islamic beliefs of Al-Qaeda, Taliban and Boko Haram sects. Evidence compelling the cyber space lays strong credence to a relationship and existing mutual collaboration between him and the deceased Yemen terrorist.

‘’Recently, Mr speaker, while the minister was answering questions during his daily Ramandan lecture a few days ago, he owned up that he took extreme positions in support of the brutal exploits of Al-Queda and Taliban out of ignorance, claiming that he was young when he did that but now he is matured.

“Mr Speaker, I feel it will be out of place for me to sit here and allow this chamber not to speak about it and totally call for his resignation or suspension.”

Ruling on the matter, the speaker, Femi Gbajabiamila, who presided over plenary, faulted Elumelu for raising a point of privilege without showing how his privileges were breached.

This however, came when many members had indicated interests to speak on the matter.

Usually, such issues are presented as a formal motion to be debated but Elumelu came under point of personal privilege, prompting a technicality to it.

“I think you came under the wrong order. But your point of order is well noted. As you know, we don’t debate such issues, if it comes under privilege. Thank you,” Gbajabiamila said.