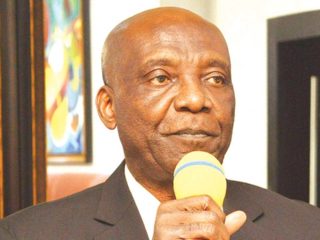 The Department of State Service (DSS), on Thursday dismissed comments made by its former Assistant Director, Dennis Amachree, on how the embattled Minister of Communications and Digital Economy, Isa Pantami, scaled the screenings of the secret police before his confirmation as minister in 2019.

DSS through its spokesman, Peter Afunanya, via a terse message sent to journalists, said Amachree’s views were personal positions.

Afunanya maintained that the position of the service’s former director, did not in any way represent the stand of the secret police, urging the Nigerian populace to disregard all his views.

”Opinions expressed by Mr Dennis Amachree on sundry national security issues are his personal positions and do not in anyway represent the stand of the Service (the Department of State Services),” the DSS spokesman said.

Amachree, who spoke on Wednesday while featuring in on online interview programme, had said the minister must have sailed through the DSS and Senate screenings due to a lot of factors including federal character balancing.

The former secret police official, while also demanding Pantami’s resignation, had said the DSS had information on all individuals of interest, adding that the minister’s past extremist views were communicated to the Federal Government and the legislature.

Amachree had said, ”There is no information that escapes the DSS, we have all of it, all. When I was working there, we keep a catalogue of anybody of interest that comes up to limelight in this country.

”And of course, they keep a tab on you online and offline. We get a lot from open-source intelligence and I can tell you that in Pantami’s case, we have it. But there is a political angle to it.

”When somebody is being appointed, if the security agencies see that there is something wrong with his name, they will send it to the appointing agency. The appointing agency will now decide amongst other variables either religious variable, federal character balancing variable, or political variable and say that, ‘Oh, yes, we know that this guy has this and that but let’s appoint him.

”So, the political decision is not taken by the SSS. Even when you go to the Senate for confirmation, there is party by party and you can see that there are some political candidates that the opposition party will say that this one will not be appointed but because he belongs to that party, they will appoint him.

”So, these are political and federal balancing where they will say that there is nobody from this place that has been appointed, so let’s appoint him.”

Pantami, a former Director-General with the National Information Technology Development Agency, has in recent time come under fire over his past controversial comments on terrorist groups including Taliban and Al-Qaeda.