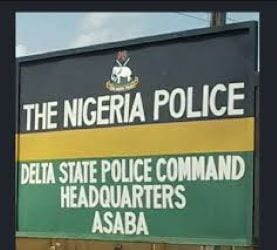 NAIJA LIVE TV gathered that the incident was caused by an electrical spark which occurred at the Command control engine room, causing damages to some gadgets and part of the building housing the unit, especially the roof.

However, the cause of the spark was not known as at press time, but a dependable source said some brave police officers made effort to rescue some vital documents from the unit and other offices sharing the building with it.

The source who pleaded anonymity, however, said men of the fire service came in as soon they were alerted to put out the fire.

Saying that no life was lost, the source said normalcy has since been restored.

The Acting Police Public Relations Officer, PPRO, DSP Bright Edafe in a statement confirming the incident said; “today 22nd April 2021, at about 1445 hours, there was a fire outbreak at the command control engine room.

“The command wishes to state that the fire outbreak affected only a part of the control room. Fire service was called immediately, and their timely intervention saved the situation.

“Presently fire has been put out. Cause of fire incident not yet known but suspected to be as a result of electrical spark from the communication engine room.

“Meanwhile investigation into the incident has commenced. The Commissioner of Police urge members of the public to ignore any rumor contrary to the actual fact stated above”.