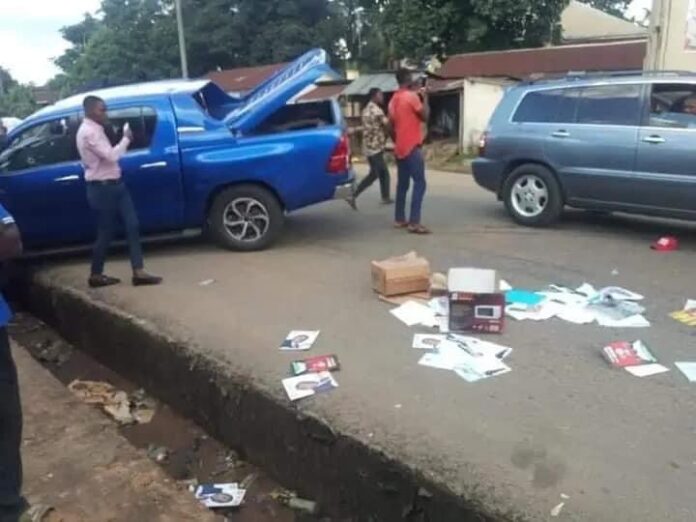 A driver has been killed as another top Nigerian politician escape assassination in Anambra State.

Eyewitnesses said the gunmen attacked the convoy in Nnobi area of Anambra state on Thursday evening, According to a report.

The driver was shot by the assailants and he died immediately.

Fortunately, Azubogu was not in the convoy during the attack.

This is coming just 24 hours after Dr Chike Akunyili, husband to late NAFDAC DG, Dora Akunyili, was gruesomely killed dead in the Nkpor area of the state by gunmen.