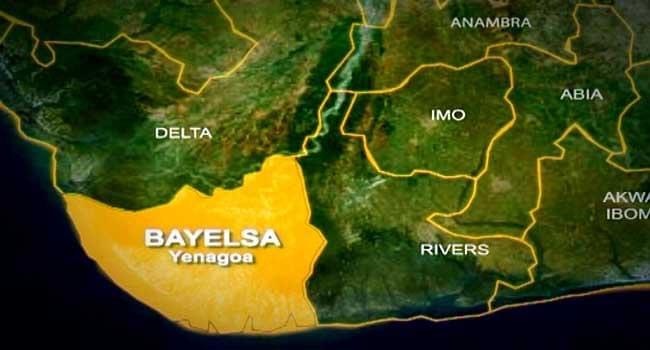 Despite being blessed with enormous potential for economic prosperity from which it can potentially generate additional revenue, the state still had one of the smallest IGR in Nigeria in 2020, larger than only other 11 states.

… At N131.38billion, the state has the 3rd highest operating expense in the country, exceeded only by Lagos and Delta states with operating expenses of N386.51billion and N192.56billion respectively.

Ranking 36th position, the “Land of Glory” sits ingloriously at the bottom of the 2021 ranking of states’ fiscal performance, the same position it occupied in 2020. Bayelsa state is still significantly bogged down by the weight of the government’s bloated operating expenses when compared to the size of its:

Population (estimated at 2.4million people), its meagre internal revenue generation capacity and its total revenue inflows. At N131.38billion, the state has the 3rd highest operating expense in the country, exceeded only by Lagos and Delta states with operating expenses of N386.51billion and N192.56billion respectively.

Its operating expenses are larger than those of states like Rivers, Kano, Kaduna and Oyo states, each of which has more than 3 times Bayelsa’s population and generates more IGR than Bayelsa.

Meeting its combined operating expenses and loan repayments obligations of N146.72billion gulped 78% of the state’s total revenue of N188.39billion in 2020, leaving a meagre 22% of its total revenue for investment in capital infrastructure for citizens in the state.

As a result, the state was one of five states in the country that gave the least priority to capital expenditure investment in 2020; its operating expenses alone of N131.38billion was 3.4 times its capital infrastructure spending of N38.10billion.

The state needs to prune its operating expenses or grow its IGR fast enough to finance critical infrastructure spending adequately.

Despite being blessed with enormous potential for economic prosperity from which it can potentially generate additional revenue, the state still had one of the smallest IGR in Nigeria in 2020, larger than only other 11 states.

The state was also one of 18 states unable to withstand the shocks from COVID-19 pandemic to its Internally Generated Revenues, as it experienced a 12.44% decline in its IGR from N13.85billion in 2019 to N12.18billion in 2020. This meagre IGR makes the state highly dependent on federally distributed revenue, which accounts for 90% of the state’s recurrent revenue, unlike
its neighbouring oil-producing state, Rivers State, which has one of the least dependency on federally distributed revenue.

FISCAL OPTIONS FOR BUILDING BACK BETTER 👇

The first fiscal option for this state is to trim down its high N131.38billion operating expenses which is currently the 3rd largest in the country by introducing institutional fiscal reforms to block leakages that may be bloating it. As an example, in 14,258 cases of ghost workers reviewed amongst Local Government and Primary School Staff, 612 were confirmed to be Ghost workers.

According to the most recent assessment results of states under the State Fiscal Transparency, Accountability And Sustainability (SFTAS) program released in Q2 2021, Bayelsa State has not fully introduced “Biometric use in payroll management” and “Bank verification number use in payroll management” as required under the SFTAS program, a key lapse that allows instances of payroll fraud and ghost workers.

Bayelsa state needs to rapidly adopt open contracting principles, which would reduce the state government’s exposure to risks of contract and procedural fraud which can cause severe leakages of public funds. Low-hanging fruits would include the adoption of ‘e-procurement’, competitive electronic contract bidding and complete compliance with another requirement of the SFTAS program, Disbursement Linked Results (DLR 6.2) to publish all state government contracts online; preferably these should be published in Open Contracting Data
Standard (OCDS) enables disclosure of data and documents at all stages of the contracting process by defining a common data model.

The state will also need to boost the capacity of its citizens to pay income taxes (PAYE) through fiscal interventions for economic prosperity that stimulate the private sector to create job opportunities for Bayelsans.

One key cornerstone of its intervention could be stimulating private sector participation in aquaculture which has a global market17 valued at $285bn in 2019, and is projected to reach $378bn by 2027.

Bayelsa is 75% mangrove or
freshwater swamp with an estimated 180km of coastline and vast waters resources, including rivers, creeks, rivulets, lakes and swamps and approximately 150,000 small-scale (subsistence) marine and inland capture fishermen18.

Bayelsa needs to finance cluster infrastructure (power, processing facilities etc) through public-private partnerships and its budget, simplify access to local and international capital, organize aquaculture innovation competitions and finance aquaculture research at higher institutions; these would attract up to 1,000 companies to set up operations in various aspects of the commercial aquaculture value chain.

The state needs to target capturing 5% or $18.9bn of the projected $378bn global aquaculture market in the next 6 years which would lead to gainful employment and more income tax revenue for the state.