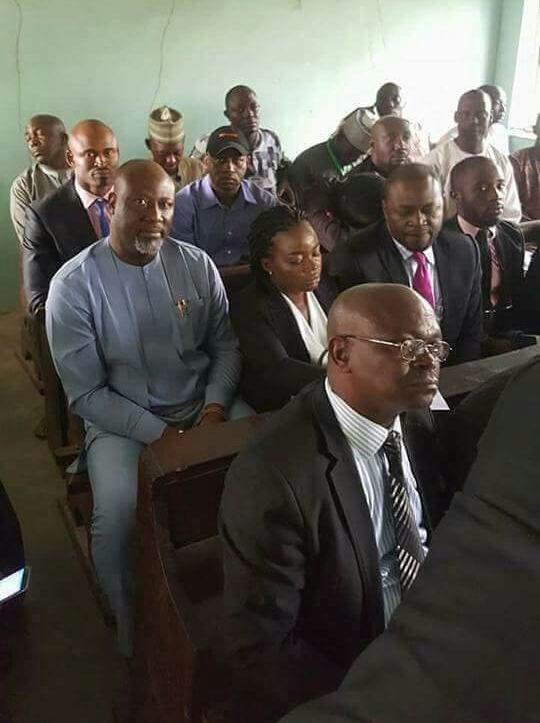 The case between Senator Dino Melaye and three others over gun running, that came up today at a Lokoja Magistrete Court 1, has been adjoined to 26th June, 2018.

The matter which came up for mentioning, witnessed mild drama as the three accused persons under cross examiniation denied all the allegations they claimed they have made against Senator Melaye.

Senator Dino, has been arraigned on a seven-count charges bordering on criminal conspiracy and unlawful possession of prohibited firearms, kidnapping, armed robbery and murder, political thuggery among others, before Mr. Suleyman Abdullahi of the Senior Magistrate Court 2.

The lead government prosecutor, Mr. Alex Iziyon (SAN) today argued that the court be allowed to apply the front loading system, this he said would speedy the court process.
According to Izihon, rather than waste the time of the court,bringing the accused to testify, begged the court to allow for counsels present their addresses in writing.

This argument by Alex Iziyon, was countered by Yemi Mohammed, who stood in for Mike Ozokhome SAN was objected to, said the allegations been criminal demands hearing from the accused persons.

Mohammed quoted section of constitution that allows for accused to testify.

The judge however ruled that the hearing will continue on the next adjoined date.