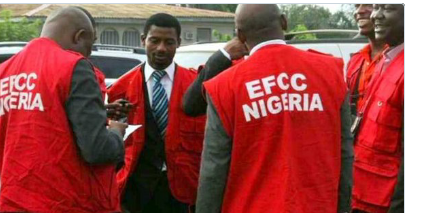 The Economic and Financial Crimes Commission said on Wednesday that it had arraigned the Secretary to the Rivers State Government, Mr. Kenneth Kobani and a politician from the state identified as Mr. Samuel Okposo.

It was gathered that Kobani and Okposo were arraigned on Monday before Justice B. Bilikisu of the Federal High Court in Port Harcourt, the state capital. 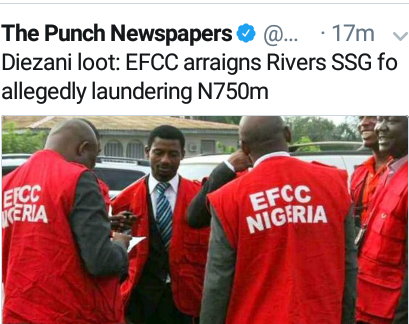 A statement made available to newsmen by the anti-graft agency on Wednesday indicated that they were brought to court on six counts bordering on money laundering to the tune of N750 million.

The agency specifically said that Kobani and Okposo were put in the dock for collecting the said amount from the Garrison branch of Fidelity Bank Plc in Port Harcourt.

The money, according to the EFCC, was part of the infamous $115 million Diezani Alison-Madueke loot involving several politicians and officials of the Independent National Electoral Commission.