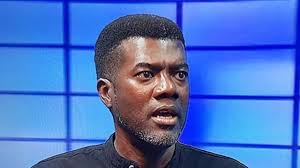 The funny thing is that if any administration is expected to act with dispatch on such a challenge, that government should be Mr. Buhari’s regime. In Nigeria’s post colonial history, no other administration has had the number of media aides that President Buhari has.

It is rather telling that after having a record 8 media aides, President Buhari’s administration is still unable to take the #BuhariChallenge.

As a matter of fact, after the President appointed Festus Keyamo as the official spokesman for his re-election campaign, I congratulated Mr. Keyamo and urged him to take the #BuhariChallenge to which Mr. Keyamo never responded.

Why has the Buhari government not being able to name even one project initiated, started and completed in the last three years?

The answer to that question is that the Buhari Administration is embarrassed to admit that the only project initiated, started and completed in the last three years by the present regime is the helipad built by President Muhammadu Buhari in Daura, his home town.

I challenge any of President Buhari’s eight media aides, plus his lying minister of information and the spokesman of his campaign to rebut me if I am lying.

In three years, the President has not conceived of and finished any project except a project meant for his own personal use.

Therein lies the crux of the matter. Nigeria is being ruled by a man who thinks only of himself and not the people he should lead.

Ask yourself how long does it take to build a school. Former President Jonathan built 120 secondary schools in his first three years and 12 universities within the same period (a total of 165 were built by the fourth year). President Buhari has not built even ONE school in three years which he initiated and completed, yet this is a man who claimed that Nigerian youths were uneducated, lazy and unemployable.

If that is what he thinks about our youth, then why has President Buhari not built even ONE school to remedy the situation?

How long does it take to build one hospital? Former President Jonathan built 15 hospitals in his first three years. President Buhari has not built even ONE hospital in three years which he initiated and completed, yet this is a man who spends millions of tax payers money that could have built hospitals on his UK doctors.

The sad thing is that no less than 18 of Nigeria’s 36 state Governors can boast of multiple projects that they have initiated, started and completed in the last three years, including and especially, Governors Nyesom Wike, Akinwunmi Ambode, Ayo Fayose and Aminu Tambuwal.

But that is only half the story.

At a plenary session of the Nigerian Senate on March 7, 2018, a Senator from the President’s ruling All Progressive Congress said:

“Without fear or favour, the Peoples Democratic Party, in 16 years, borrowed N6 trillion and this (Buhari’s) government in three years, has borrowed N11 trillion”

So, not only has the Buhari regime not initiated, started and completed any project in the last three years (other than the Daura helipad), the same government has borrowed ₦11 trillion in three years which is double the ₦6 trillion the PDP borrowed in 16 years. What did the Buhari government do with the money?

As Omawunmi sang ‘if you ask me, na who I go ask?’

Perhaps the President used it to pay the salaries of his eight media aides!

For those who will ask me if the administration I served in has a better record than Muhammadu Buhari’s administration in terms of projects, policies and programs, I will republish a list of former President Jonathan’s 100 days achievements and my readers can compare and contrast it with the advertised ‘achievements of the Buhari government as it marks three years in office.

• Just Few Out Of Many Listed
~~~~~~~~~~~~~~~~~~~~~~~~
1. Nigeria’s oil industry expanded by 20% and we reclaimed our position as Africa’s
largest oil exporter which we’d hitherto lost to Angola.
~~~~
2. Recognized by OPEC in July as the
2nd largest oil exporter 2nd only to Saudi
Arabia. It is the first time Nigeria has
recorded such a feat.
~~~~~
3. Inflation rate has been reducing as the
administration enforces tighter fiscal
policies.
~~~~~~
4. In June the Consumer Price Index
showed an inflation rate of 10.2% which
dropped to 9.4% in July being the lowest
rate in the last 4 years.
~~~~~~~
5. Foreign Reserves rises by 10% to $35
billion. 6. Nigeria’s GDP growth rate month over month has continued to grow from 6.7%
in May to 6.9% in July of 2011.
~~~~~~
7. Nigeria declared top three investment
destinations in Africa (number 2) by the
independent Africa Business Panel in
the Netherlands.
~~~~~
8. Nigeria now generates power at her highest level ever (4000mw) which is still
far from enough but which will improve
monthly.
~~~~~
9. Nigerian Railway Corporation
commenced Mass Transit Services in 5 of
6 geo-political zones. Last zone will come
on stream by year’s end.
~~~~~~~
10. With establishment of the Nigerian Sovereign Investment Authority (NSIA),
President Jonathan facilitates direct investments into infrastructure with priority areas being Power and Roads.
~~~~~~~
11. The Federal Government also
awarded contracts for various road
projects across the country whose impact
will soon be felt nationwide.
~~~~~~
12. Launch of NigeriaSat-2 and
NigeriaSat-X Satellites to expand
Internet Bandwidth and provide early
warning to prevent natural disasters.
~~~~~~~
13. President introduced the policy of
engaging the Private Sector on kerosine
pricing and price reduced between May
and September, 2011.
~~~~~~
14. Recognizing the sacrifices of youth
corps members, President approved
upward review of allowances from 9,700
to 19,800 Naira.
~~~~~~~
15. Implementation of Minimum Wage
Increase for Nigerian Workers to 18,900
Naira monthly. 16. 35% Slot For Women in the cabinet.
~~~~~~~
17. Deepening Security and expanding
Peace in the Niger Delta.
~~~~~~
18. Reduced kidnapping in South East
with implementation of President’s order
establishing the 14 Brigade of the army in Ohafia, Abia state.
~~~~~
19. Maritime Safety has been ensured
and stabilized in the last 100 days.
~~~~~
20. A stellar cabinet comprising former
MDs of the World Bank & Goldman
Sachs, Chairperson Accenture and
multiple PHds.
~~~~~~
21. The National Automobile Council
established an Automotive Development
Fund to resuscitate the automobile
industry and generate jobs.
~~~~
22. Approval for genuine foreign
investors to obtain visas at the point of entry to facilitate FDI investments.
~~~~~
23. Model Skills Training Centers in
Abuja- collaboration between Industrial
Training Fund & the Institute for Technical Education, Singapore.
~~~~~
24. Establishment of the Nigerian Vehicle Credit Purchase scheme.

It is instructive to note that while President Jonathan achieved all these and more in his first 100 days in office with the aid of his full cabinet, President Buhari, in comparison, was yet to appoint ministers or establish any policy direction for his administration at the 100 day mark of his government.

Reno Omokri
Bestselling author of Facts Versus Fiction: The True Story of the Jonathan Years: Chibok, 2015 and Other Conspiracies.