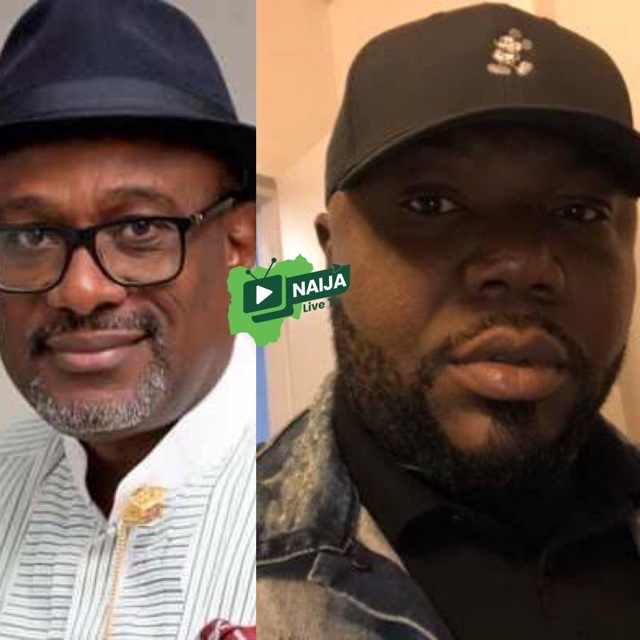 United States—Jackson Ude, editor-in-chief of Pointblanknews.com, has suffered a setback in the defamation suit filed against him by Simbi Wabote, the executive secretary of the Nigerian Content Development and Monitoring Board (NCDMB).

NAIJA LIVE TV gathered that, the court sitting in the United States Eastern District of Pennsylvania on Thursday, 20th January 2022 failed to grant Ude’s requests while granting that of Wabote.

The court gave its order after listening to both parties, represented by their lawyers who argued their cases on Wednesday, January 19.

It was gathered that the court in ECF 97 Order, granted the plaintiff’s (Wabote) request by stating that Ude (Defendant) must sit for an additional deposition and must answer to all questions that he is asked, including all questions surrounding PointBlankNews.com and the identities of the reporters and editors that allegedly worked there and worked on the defamatory story.

It was reported that Ude in his earlier deposition on December 21, 2021, evaded providing the names of his colleagues at Pointblanknews.com on the ground that they will be put in harm’s way if their identities are revealed given the investigative work they do back home in Nigeria.

The presiding judge denied Ude’s requests and ordered that Wabote does not need to respond further to interrogations or document requests.

The order stated that Wabote does not need to respond to the false allegations surrounding the Tee & T company or its bank accounts.

The court also ruled that Wabote and his attorneys have not committed any perjury or fraud and have acted completely properly throughout the litigation and discovery process.

The report of the order of the court by Judge Joseph Leeson, Jr. United States District Judge, states:

“ORDER AND NOW, this 20th day of January 2022, upon consideration of Defendant’s letter-briefs, see ECF No’s. 90 and 91, Plaintiff’s response letter-brief, see ECF No. 94, and after a telephone conference held on January 19, 2022,1 during which both parties presented argument, IT IS HEREBY ORDERED THAT:

“2 The Court reminds counsel that they must exhaustively address all discovery disputes among themselves before requesting the Court’s intervention.

“See E.D. PA. LOCAL R. CIV. P. 26.1(f) (requiring counsel seeking court intervention to certify that “the parties, after reasonable effort, are unable to resolve the dispute”). See also FED. R. CIV. P. 37(a)(1) (providing that a motion to compel discovery “must include a certification that the movant has in good faith conferred or attempted to confer with the person or party failing to make disclosure or discovery to obtain it without court action”); Evans v. Am. Honda Motors Co., No. 2:00-cv-02061, 2003 WL 22844186, at *1 (E.D. Pa. Nov. 26, 2003) (explaining that these rules are not mere formalities; they “impose[] a substantial obligation on counsel to resolve discovery problems before bringing them to the attention of the court”).

In the case of Ude’s requests, a report of the ruling by Judge Leeson reads:

“O R D E R AND NOW, this 20th day of January 2022, upon consideration of Plaintiff’s letter-brief, see ECF No. 88, Defendant’s response letter-briefs, see ECF No’s. 93 and 95, and after a telephone conference held on January 19, 2022,1 during which both parties presented argument, IT IS HEREBY ORDERED THAT:

“2 Defendant’s objections raised under the Pennsylvania Shield Law, which protects the disclosure of confidential sources of information, are sustained in part and overruled in part. See 42 Pa. Stat. § 5942. Defendant makes the novel argument that the Shield Law protects the identity of persons who worked on the alleged defamatory article because they are also “sources.”

“However, under Defendant’s interpretation of the statute, every “malicious or negligent defamer would have carte blanche to withhold from judicial scrutiny” the identity of any person who contributed to a defamatory story so long as they were also considered a “source.”

“See Hatchard v. Westinghouse Broad. Co., 516 Pa. 184, 194 (Pa. 1987). The Court rejects this interpretation because it would “make it close to impossible for individuals to seek redress against the media for maliciously or negligently publishing false statements that seriously damage the reputations of individuals.” Id. at 192.

“If any reporters/editors are also sources of information for the article, in this case, the Shield Law protects that fact from disclosure. Defendant does not need to link which portions of

“1. Plaintiff’s letter-request, ECF No. 88, is GRANTED in part and DENIED in part as follows: a. Within 20 days of this order, Defendant must sit for an additional deposition of no more than three hours. i. Defendant Ude is directed to answer all questions at this deposition unless specifically told not to by his counsel 2 due solely to objection as to the article being sourced from reporters/editors.

“Defendant does not even need to identify whether any portions of the article were sourced from reporters/editors. However, the Shield Law does not protect the identity of persons who contributed to or worked on the article and the identity of such persons may not be withheld from disclosure. form of the question (during the previous deposition of Jackson Ude held on December 21, 2021, all parties stipulated on page 3 of the deposition transcript that “all objections except as to form, are reserved to the time of trial”).

“b. All other requests in Plaintiff’s letter, ECF No. 88, are denied.”

Ijaw youths warn blackmailers to stay away from NCDMB boss