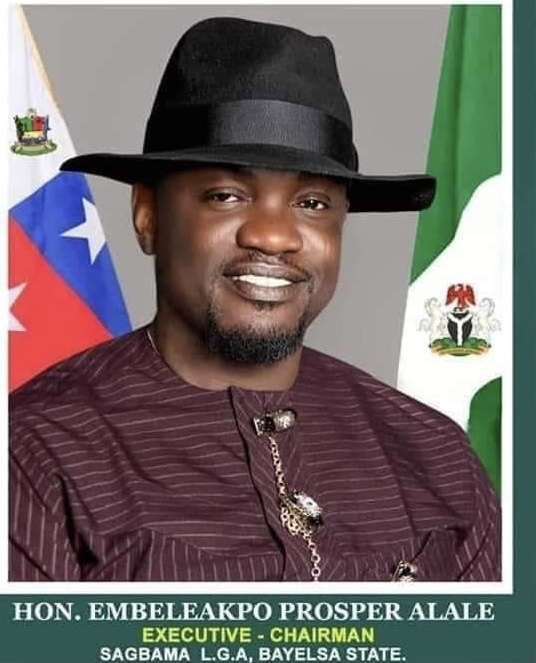 In a statement obtained by NAIJA LIVE TV, the Press Secretary to the Executive Chairman of Sagbama LGA, Dr. Andersen Akpoabowe Nikade noted that, any violation of the ban on unauthorized political rallies in Sagbama LGA will be met with stiff action by law enforcement agents

“Members of the public are hereby informed that the planned Bayelsa West Unity Forum Mega Rally scheduled to hold in Sagbama town today Saturday 22nd of January, has been cancelled due to security concerns.”

“Organisers of the proposed Bayelsa West Unity Forum rally are consequently advised to obtain police permit in order to guarantee peaceful conduct of subsequent political rallies in the public interest.”

“Any violation of the ban on unauthorised political rallies in Sagbama LGA will be met with stiff action by law enforcement agents.”

“Parents and guardians are therefore cautioned to please advise their wards to desist from participating in the ill-fated political rally.”

NAIJA LIVE TV earlier reported that, following the bloody PDP supporters’ clash in Yenagoa, The Authorities of the Bayelsa State Police Command has warned politicians in the state against political gathering that does not have authorized permit in the state, declaring that the ban imposed on rallies, campaign or protest in the state still subsists.

NAIJA LIVE TV gathered that the decision of the Police Command followed the Thursday bloody clash between rival supporters of PDP chieftains from the Yenagoa Local Government Area of the State.

The clash, which threw the people of Kpansia community of the state capital into panic, led to the burning of a car and machete cuts on individuals and passerby. The burnt car reportedly belong to Hon. Ada Morris, an aide to the State Governor,

It was gathered that the PDP supporters involved in the bloody clash allegedly are loyal to two camps of the State Commissioner of Health, Newton Aguele/Commissioner for Education, Gentle Emela and a member of the State House of Assembly representing the constituency, Hon. Oforji Oboku.

It was gathered that some PDP Chieftains were in the process of leading some APC defectors to the State Governor when they were attacked by supporters of another camp with the allege claim that those involve in the purported welcome of defectors are not original Yenagoa Politicians.

A Chieftain of the All Progressives Congress (APC) from Yenagoa Local Government Area of the state, Hon Julius Bokoru, has however condemned in strong terms the violence that ensued at Kpansia Yenagoa, the State Capital.

Bokoru, who is the Special Adviser on Media and Public Affairs to the Minister of Petroleum Chief Timipre sylva and also a member of the national Petroleum Industry Act Implementation Committee, warned sponsors of violence in the Yenagoa Metropolis to desist and go about their political ambitions with sanity.

The Police, in a statement issued by its spokesperson, SP Asinim Butswat, warned politicians against unauthorized gathering, rallies and procession, “The Bayelsa State Police Command wishes to re-echo an earlier warning concerning unauthorized and unlawful gathering of persons or group of persons, without a duly approved Police permit.”

“This reminder has become imperative against the backdrop of an ugly development, where suspected political thugs clashed at Kpansia community on 20th January 2022, leading to burning of a car and injuries on some persons”.

“The command hereby wishes to state categorically, that it will not condone any act(s) of illegality by any person or group of persons in the guise of protest or campaign, as the ban on rally, campaign and protest has not been lifted yet. The Command is soliciting the co-operation and understanding of Political party faithful and members of the public to comply with this order, as it is aimed at ensuring public safety in Bayelsa State.”

Those who made PDP become opposition party in 2015...