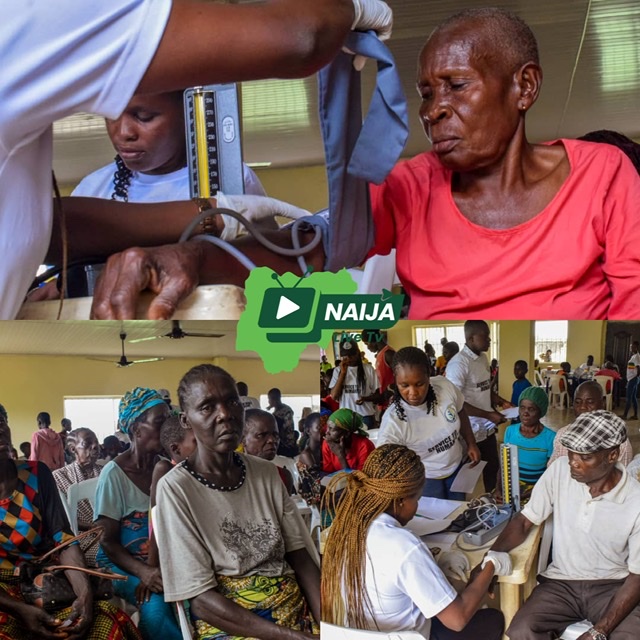 Hundreds of indigenes of the Igbomotoru community in Southern Ijaw local government Area of Bayelsa State were screened and treated of malaria, hypertension, and various dangerous ailment during a free medical outreach launched by a foundation Mozimo Beke.

According to the indigenes of the Community, many had died in the past while trying to travel miles to Yenagoa,the Bayelsa capital to access medical facilities which they lack in the area.

The Mozimo Beke Foundation and their volunteered Doctors, Nurses screened treat and handed drugs to youths,women and the elderly of various ailments such as Malaria, diabetes,hypertension and screened others for HIV. The community also embraced the covid 19 vaccination after sensitization of the importance of the vaccine. 278 children were dewormed while clothes and gift items were distributed.

The Founder of the Mozimo Beke Foundation, Catherine Mozimo, said the medical outreach, is tagged “Empathy Week” was a direct response to the poor access to medical treatment and the outreach has allowed many to get screened and treated.

The Empathy week is supported by the Ministry of Health Bayelsa State, Gloria Diri Foundation, Do Foundation and Amatolomo Foundation.