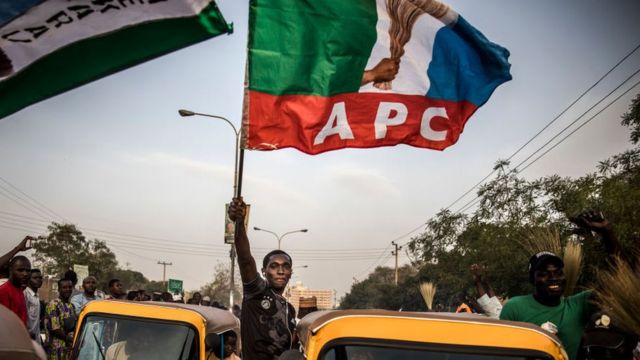 The factional Chairman of the All Progressives Congress (APC), in Bayelsa State, Hon. Ebierien Fala Itubor, has raised the alarm over the gale of defection of party members to the main opposition party in the state, Peoples Democratic Party (PDP), saying all is not well with the party and no pretence about it.

Hon. Itubor, who lamented over the mass defection of members of the APC, including the recent defection of a serving lawmaker in the state representing the Minister of state for Petroleum, Hon. Daniel Charles, called on the Governor Mai Mala Buni-led National Caretaker Committee, to intervene or witness the worst.

He advised the party to ignore the claims made by loyalist of the former Governor of the state, Chief Timipre Sylva, that the party was in good shape, and carry out genuine reconciliation.

In a statement, signed and Sent to NAIJA LIVE TV through the Deputy Chairman, Caretaker Committee, Hon. Orubebe Ogeibiri, noted that most of the challenge is the inter party anger over abandonment by the party at the National level.

The statement reads “Well it’s unfortunate, and it’s also pitiable to a large extent. Why we say so is that the party had always had problems because of Timipre Sylva’s style of leadership with impunity.

“Sylva does not have regard for the membership of the party. He does not care whose head is gored in APC as far as his interest is protected. The party has been factionalised since the governorship elections of 2019 till date.

“Anybody coming to say that APC has no faction in Bayelsa is a day dreamer, a liar and story from the pit of hell. APC has been factionaised, the national is aware, because of Sylva’s style and his greedy nature in politics had always claimed before the nationals that there are no issues in Bayelsa but we have sent series of letters to the national and have requested for a peace and conflict committee to be inaugurated in Bayelsa but as far as we are concerned, nothing has been done and Sylva is still claiming there is no faction in the party because he is already preparing list of Exco members towards the forth coming congress.

“It is a clear evidence that he is building the party in Bayelsa simply as a vehicle for his personal ambitions. He is seeking to abuse the party by using it as his personal device. He should not be allowed to sacrifice this collective enterprise at the altar of his personal aggrandizement. For instance, all sensitive appointments are always recommended to people within his senatorial district.

“For the records we have two chairmen in APC in Bayelsa, and it is not an issue to discuss or argue about. Back to the issue of defection, as far as we are concerned, the defection of the assembly member has proven us right before the public that Sylvia’s style is making APC drown and it will remain until the national takes the bold step to remove Sylva and in fact renounce Sylva as the leader of APC in Bayelsa, and that is the only when we can have a headway as a party in the state”

“Everyone should be ready to fight against impunity until we do away with him, APC can no longer win elections in the state except with brigandage and that is because of the faction created.

“Until we start rebuilding the party, we are not doing ourselves nay good. We are calling on all APC members in Bayelsa to be steadfast and do the needful by electing people with conscience to drive the party forward.

“That plan of recalling or going to court is an exercise that has failed before it started, Sylva and his people should stop deceiving national leadership and other party members in the state.”

My Manhood Only Works When Am With My Girlfriend...

BARAZA: 90days pause payment period is over, To commence...