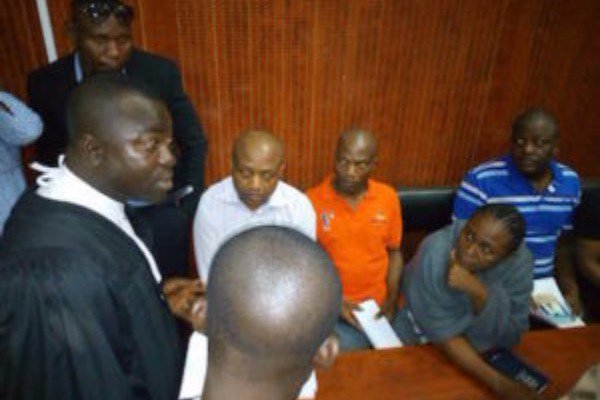 Lagos High Court in Igbosere on Tuesday remanded suspected kidnap kingpin Chukwudumeme Onwuamadike (a.k.a Evans) and other co-accused in prison till September 13.

Evans lost the bid to stop his fifth arraignment as Justice Adedayo Akintoye upheld the argument of the Director of Public Prosecutions (DPP), Titilayo Shitta-Bey, that the charge disclosed a prima facie case against the defendant.

The judge held that Evans’ claim that the five-count charge of conspiracy, kidnapping and attempted murder was “grossly defective, repetitive and an abuse of court processes” was without merit.

The defendant’s application to quash the charge was made on May 25, through his former counsel, Mr. Olukoya Ogungbeje, who withdrew his representation on June 13, citing personal reasons.

Ogungbeje was replaced by Mr. Noel Brown, who announced his appearance for Evans.

Evans and his co-defendants, Joseph Emeka, Linus Okpara and Victor Aduba, were arraigned for allegedly kidnapping Chief James Uduji and collecting a ransom of $1.2 million dollars.

They, and others at large, allegedly committed the offence on September 7, 2015 at Seventh Avenue, Festac Town, Lagos.

I was handcuffed, blindfolded for two months in captivity, businessman tells court – evans