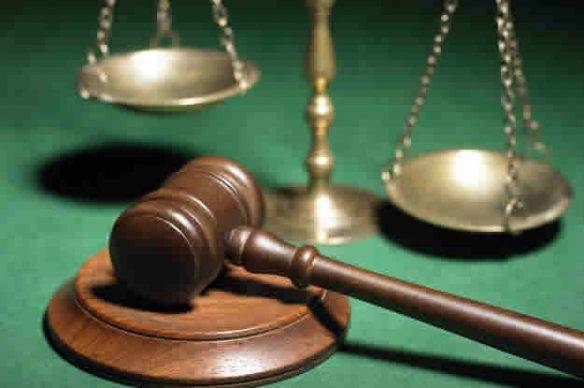 The Federal High Court in Abuja on Wednesday rejected a request to stop delegates from the Lagos State chapter of the All Progressives Congress from participating in the party’s national convention scheduled to hold on Saturday.

Ruling on the application filed by a member of the party in the state, Bunmi Church, Justice Binta Nyako, said it was premature to grant an interlocutory order of injunction against the delegates when they had yet to be brought before the court as parties to the suit.

Another judge of the Federal High Court in Abuja, Justice Babatunde Quadri, read the ruling on behalf of Justice Nyako, who was said to be “bereaved.”

Justice Quadri explained that Justice Nyako requested him to read the ruling on her behalf due to the exigency of the matter which had the potential of impacting on the party’s convention coming up on Saturday.

He said the provision Order 23(2) of the Federal High Court Civil Procedure Rules allowed a judge to read a court decision, either a ruling or a judgment, on behalf of another judge once the decision was signed by the judge who prepared it.

Church, in his substantive suit marked, FHC/ABJ/CS/ 583/18, is challenging the outcome of the party’s ward, local government and state congresses in Lagos State.

He claims to be interested in contesting the party’s chairmanship position in the Mushin Local Government Area in Lagos, but that he, with his teeming supporters, was disenfranchised from participating in the congresses.

In his affidavit filed in support of his main suit, Church said he would have realised his ambition of becoming the party’s chairman in Mushin and a delegate for the national convention, if not the unlawful way the congresses were conducted.

The plaintiff, in his motion which was argued before Justice Nyako, on June 14, sought a restraining order against the party’s delegates pending the hearing and determination of the substantive suit.

Church equally prayed the court for an interlocutory injunction restraining the APC “from parading any person(s) or permitting any person(s) to parade themselves as being the persons elected by virtue of the 1st defendant’s (APC’s) Lagos chapter’s purported Ward, Local Government and state congresses pending the determination of the substantive suit”.

But Justice Nyako, on Wednesday, dismissed the motion for lacking in merit.

She ruled that it was wrong to grant the orders sought by Church when all those who emerged from the last ward, local government and state congresses of the party in Lagos State and would be affected by the court’s order, were not before the court and had not been heard.

The judge ruled, “This application cannot be granted because all the parties to be affected by the prayers sought are not before the court. The application therefore fails.”

She went on to grant an order of accelerated hearing in the substantive suit.

Meanwhile, the Lagos State Chapter of the APC was represented in court by its Chairman, Babatunde Balogun.

Although the Lagos chapter of the APC is not a party to the pending suit, its lawyer, Mr. Babatunde Fashanu (SAN), informed Justice Quadri that its client had filed a motion seeking to be joined as a defendant to the suit.

But, responding, Justice Quadri said his role was limited to reading the already prepared ruling and advised the lawyer to raise the issue before Justice Nyako when next the matter came up.

He also advised parties to the suit to liaise with Justice Nyako’s registry for the next hearing date.

While Church’s lawyer, Akin Olujinmi (SAN), a former Attorney General of the Federation, had during the June 14 hearing urged the court to grant the injunction, the APC’s and INEC’s lawyers, had opposed the motion.