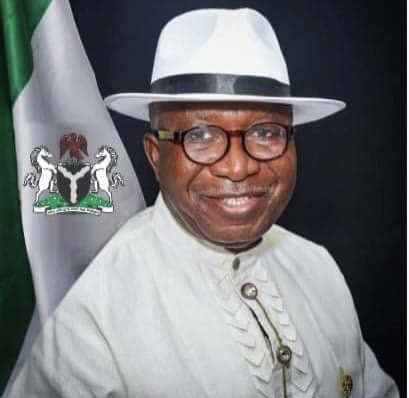 The Chief of Defence Staff, Major.-Gen Lucky Irabor, has appraised the leadership style of the Interim Administrator, Presidential Amnesty Programme (PAP), Col. Milland Dixon Dikio (rtd) saying he has made the job of security agencies in the Niger Delta easier.

Irabor asked Dikio to establish partnership  with the navy to enable the amnesty office take advantage of some of the naval training facilities in his drive to add value to the Niger Delta.

The CDS said he beleived in value addition, which he observed the amnesty boss brought to table in discharging the functions of his office.

Irabor disclosed his long-standing relationship with the amnesty boss, which started during Dikio’s days in military service.

A statement signed on Monday by Dikio’s Special Adviser, Media, Neotaobase Egbe, said Irabor spoke when the amnesty boss led officials of PAP to pay the CDS a courtesy visit in his office at Abuja.

The statement said the amnesty boss and Irabor deliberated on the need to sustain the peace in the Niger Delta with emphasis on creating  the enabling environment to make the region  a preferred destination for investors and visitors.

Irabor commended Dikio for all his efforts to sustain the peace in the region insisting that the interim administrator injected a lot of value into the programme.

He urged ex- agitators to shun incessant protests in the interest of the region’s development and economic growth.

He said such violent attitude was capable of doing permanent harm to the Niger Delta, adding: “oli might finish but the damage will remain in the region”.

In his remarks, Dikio reeled out his plans for the ex-agitators and the strategies he adopted to actualise the mandate of the amnesty programme.

He said his mission was to maintain stability in the region through constant engagements of all the stakeholders of PAP and prompt payment of stipends to ex-agitators.

He told the CDS that his back-to-the region tour had enabled the amnesty office to understand the challenges and fears of the ex-agitators.

He said he was preoccupied with helping the ex-agitators to embrace entrepreneurship, become employers of labour and live above the fixated mentality of N65,000 monthly stipend.

Dikio further bemoaned the habit of blocking major roads in the region for protests at slightest provocation saying the trend was negatively impacting on businesses.

He said part of his mission was to change people’s negative perceptions about Niger Delta to give room for businesses and wealth creation but regretted that constant protests were still giving the region a bad name.

The amnesty boss said he had also changed the training model of ex-agitators placing emphasis on mentorship and employment.

“One of the mission goals of this administration is to change the narrative and make Niger delta a safe place to live and do business. Protests and other obstructive activities will utterly obstruct this from being actualized.

“Strategic plans have been put in place to implement the training, mentorship and employment philosophy. We hope that beneficiaries after being trained will be involved in several industries and on the long run, they will be empowered to start off their own businesses”.