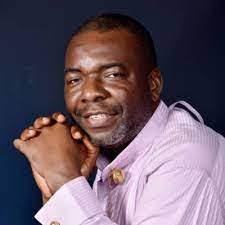 Yenagoa—The Nigerian Content Development and Monitoring Board (NCDMB) has described the 21-day ultimatum issued by the Conference of Nigerian Political Parties (CNPP) and a coalition of Civil Society Organizations (CSOs) for its Executive Secretary, Engr. Simbi Wabote, to resign as disingenuous and lacking in merit.

The Guardian Newspaper had on Thursday, 20 January 2022 published a statement, by the CNPP and other CSOs, which was carried by other news sites, calling for Wabote’s resignation.

In a statement by its Manager, Corporate Communications, Esueme Dan Kikile, the NCDMB described the ultimatum as a desperate attempt by Jackson Ude and his co-travellers to stampede Wabote into abandoning the libel suit he instituted in the United States District Court, Eastern District of Pennsylvania, against Jackson Ude, for allegedly defaming his character through a false and libelous article in Pointblanknews.com in May 2021.

“Ordinarily, we would have ignored the report, as we have done previously, considering that the matter is sub judice.

“However, we are constrained to make this rejoinder, without interfering with the subject matter of the suit pending before the United States District Court, Eastern District of Pennsylvania, because of the platform that the story was reported: The Guardian, which prides itself as the flagship of Nigerian journalism.

“This rejoinder is to set the records straight and dismiss the wicked tissues of lies being spewed by Jackson Ude and his band of blackmailers.

“This publication is another desperate attempt by Jackson Ude and his co-travelers to stampede the Executive Secretary into abandoning the libel suit he instituted in the United States District Court, Eastern District of Pennsylvania against Jackson Ude, for defaming his character through a false and libelous article in Pointblanknews.com in May 2021.

“The accusation of perjury is another wild accusation by Jackson Ude and his legal team who are completely bereft of ideas on how to respond to the substantive case before the court and have resorted to throwing bogus and distracting allegations in the hope that one would stick, having realized that his initial accusation that Engr. Wabote operates a foreign bank account has come to a dead end.”

The statement which averred that Wabote does not operate any foreign account challenged Ude to prove his case.

According to the NCDMB, Nigerians consider the CNPP as a veritable alternative voice, but “we are therefore surprised that it is hoodwinked into being used for this insidious activity by Jackson Ude.”

The NCDMB urged the CNPP and CSOs to commend Wabote for seeking redress through legal means using the instrumentality of the judicial process because it is what CSOs advocate for in every clime.

“Therefore, the call for Engr. Wabote to step aside is completely disingenuous and lacking in merit and should not be taken seriously by any group, organization, or person. We implore CNPP and any reasonable coalition of CSOs to get the facts of the defamation case rather than allowing itself to be used as a vessel of misinformation.

“For the avoidance of doubt, it was Engr. Wabote in his capacity dragged Jackson Ude to the court in the United States because the latter published an injurious article where he accused Engr. Wabote of taking a bribe for the award of the Engineering, Procurement and Construction (EPC) contract for the Nigeria Liquefied Natural Gas (NLNG) Train 7 project.

“Engr. Wabote was outraged by that malicious and unfounded accusation that he vowed to seek legal redress to vindicate himself and preserve his hard-earned reputation.

“Engr. Wabote approached the United States court because Jackson Ude has no known address in Nigeria and all previous attempts to bring him to justice for years of blackmail and falsehood against other senior Government officials, had failed. Jackson Ude sneered and challenged Engr. Wabote to institute the case in the United States if he felt sufficiently aggrieved.”

The statement accused Ude and his cohorts of issuing misleading and vexatious publications and continuous campaign of calumny against Wabote, instead of facing squarely the case in court by producing evidence to prove the accusation of bribe-taking which is made against Wabote in the article for which he was sued.

The NCDMB also accused Ude of trying to truncate the court process because of his continued losses in the pending suit.

“As soon as the lawsuit was instituted in the United States, Ude realized that he had nowhere again to hide because he had no answer to the case of defamation hanging over his neck.

“Thus, he began to use all manner of legal tricks, including filing counterclaims, questioning the court’s jurisdiction, and whether the United States court was the proper venue to hear the case.

“He urged the court to return the matter to Nigeria. His intent, no doubt, was to get the case dismissed, but none of his tricks worked. All his arguments failed and were denied.

“It is for the above reason that Jackson Ude has resorted to blackmail, campaign of calumny and other devious and mischievous publications to attract public sympathy against Engr. Wabote. This will not deter Engr. Wabote from pursuing the case of defamation and criminal libel against Jackson Ude to a logical conclusion.

“Engr. Wabote is of the firm view that the activities of blackmailers such as Jackson Ude and his cohorts will never end if firm and resolute legal and judicial steps such as the one he has instituted in the United States are not taken against them.

“It is to this end that we caution all serious-minded news platforms and lovers of justice and the rule of law to resist the temptation of yielding their platforms to Jackson Ude and his group of blackmailers to continue spewing their falsehood on the ongoing court case.

“We expect media platforms to apply professionalism in reporting the story and avoid following the path of Pointblanknews.com and its company.”

In a recent development, the National Secretary of the CNPP, Chief Willy Ezeogu, has distanced himself from the 21-day ultimatum issued to Wabote by the group.

Ezeogu who made this known in a statement revealed that he was misinformed about Wabote’s leadership and his positive impacts on the country’s oil and gas sector.

He hailed Wabote for his efforts in repositioning the oil and gas industry and warned individuals calling for the removal of Wabote to stop forthwith.

“Wabote’s activities in the Oil and Gas industry has re-affirmed the “Giant of Africa” position of Nigeria in the continent, especially with the enabling of 50 percent domiciliation of $12billion NLGN Train 7 project, promotion of African Local Content and the introduction of Nigerian Content 10 years Strategic Road Map.

“Most importantly, thousands of women and youths from across all the States of the Country have benefitted from different trainings, skill acquisition and empowerment programs as well as human capacity development from the NDCMB under Engr. Wabote,” he stated.