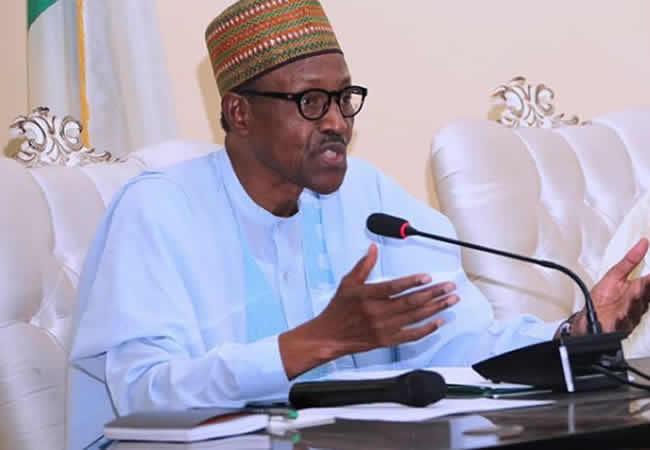 President Muhammadu Buhari, Vice President Yemi Osinbajo and all other party members did not pay their party levies in all of 2015, the ruling All Progressives Congress (APC) has said in its latest financial report.

The party said it received no such contribution from all its members across the country, raising questions about how it funded its operations in an election year.

The exact number of APC’s members across the country is not clear, but officials say the figure is expected to be over a million.

Party subscriptions, membership fees and levies, charged monthly or annually on members, are a key source of funding for political parties. In fact, the APC generated N23.7 million from those sources just a year earlier: 2014. 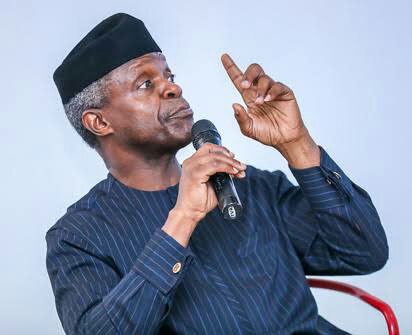 But by 2015, the party said no member across the country, including top leaders like President Buhari and Vice President Osinbajo, paid a kobo as dues, a claim analysts say is unlikely, and has cast doubt on the truthfulness of the party’s audit report.

One analyst said the claim may also mean the party, which campaigned on a promise to fight corruption, may be relying on “money bags” — instead of legitimate membership levies — for its operations, which means it would be promoting patronage and cronyism.

“It shows that something is wrong. Either they are not filling out what exactly is the true position or their internal fund raising mechanism is weak,” said Eze Onyekpere, who heads Centre for Social Justice, an organisation that has monitored election campaign funding for years.
“That also shows the party is not serious about internal funding and is relying a lot on money bags. You don’t need big time donors. Little money here and there, a thousand, two, three, four, five; when you get it from a million people is a huge amount of money with which you can run a political party, rather than waiting for one donor who will give you tons of millions and expect a pound of flesh in return after the election if you win because he or she is not father Christmas.

He is simply investing and he needs to make profit. That process of collecting profit is what leads to corruption and inflation of contract.”
The APC’s financial statement was submitted to the Independent National Electoral Commission (INEC) as required by law, and was exclusively obtained by PREMIUM TIMES.

In the election year, 2015, the party said its income came from sale of nomination forms, as well as “donations and gifts”. Sale of forms brought in N329.4 million while donations and gifts generated N275 million.

Several party leaders refused to comment on the report.

The national publicity secretary of the party, Bolaji Abdullahi, referred PREMIUM TIMES to the auditor of the party.

When contacted by phone, the auditor, George Moghalu, demanded a physical meeting, but did not make that happen at the time of this report.
The national treasurer of the party, Bala Mohammed, however told PREMIUM TIMES that as of 2015 the party had not started “enjoying levies and dues”. He could not explain how the party made money from the same levies in an earlier year.

“Membership dues are paid by every member of the party and it’s N100 per month. Levies are paid by elected office holders from the president to the council. The president, members of the National Assembly, the ministers, political appointees like chairmen of boards, members of boards, governors all pay their levies.
“Payment of dues qualifies every member of the party to enjoy all privileges within the party.

“Subscriptions are just like dues. Once you register, then you subscribe into the party, then you start paying the dues. Now we are working hard to see how the payment can be made easier for people that live in the rural areas. We are trying not to be ‘interacting’ with cash. That is why we introduced payment of dues through mobile phones.”

He explained why nothing was reflected in the parties report under subscriptions, dues and levies in 2015.
“In 2015 we haven’t started. We are now trying to start the payment because we faced a lot of difficulty with the service providers. Up till now we couldn’t reach a final agreement with them because the deduction for that N100 will easily be done through airtime. Anywhere you are once there is service, we have a short code that you can just cue in then it will deducts automatically.

“Nothing was paid in 2015, so we asked our office holders in 2016 to pay the arrears for the previous year 2015. House of Assembly holders refused to pay the arrears but Senate agreed to. But that has not been input in the records to know which is for 2016 and the arrears paid for 2015,” he said.

Mr Bala did not explain how the APC was able to generate over N20 million from levies in 2014 if the party had not started collecting such monies by 2015 as he claimed.

In an effort to find out from party members to know if they paid their membership fees and party dues that year, PREMIUM TIMES reached out to some leaders of the party.

Tunde Rahman, a spokesperson for a leader of the party, Bola Tinubu’s spokesperson, directed PREMIUM TIMES to the party.

Garba Shehu, presidential spokesperson did not answer his calls or reply to text messages, the same with the spokesperson of Kaduna State governor, Nasir El-Rufai.
A party member and director general of the Voice of Nigeria, Osita Okechukwu, said he could not recall the last time he paid party dues.
“For a long time I don’t think, I don’t remember when last I paid, but that doesn’t mean I didn’t contribute in other ways. Membership fee is supposed to be the backbone of the party’s financial structure. I am aware it’s one of the things we do regularly but whether it has been adhered to?”