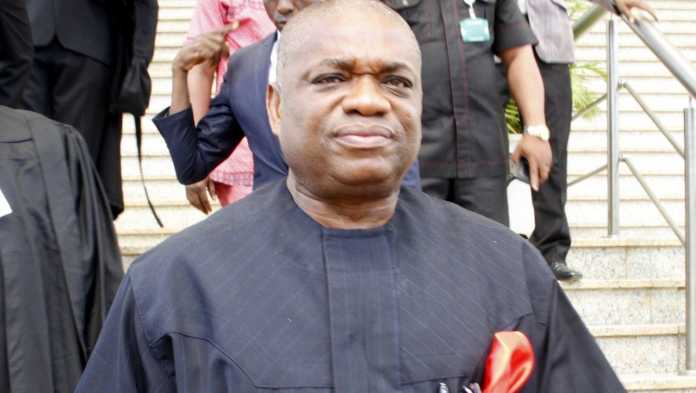 The National and State Assembly Election Petitions Tribunal sitting in Abia State has nullified the election of Orji Uzor Kalu as the Senator representing Abia North.

The tribunal also ordered for a rerun election for the Abia North Senatorial District.

Kalu was elected on the platform of the All Progressives Congress (APC) in the February 23 election.

Police arrested 19-Year-Old Housemaid who Fakes Own Death In...

Five years of President Buhari: A style and record...

SGF: We Have Identified Three Claims Of Local COVID-19...