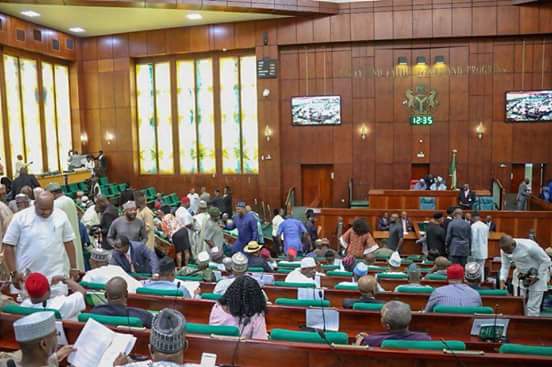 The two chambers of the National Assembly have vowed to impeach President Muhammadu Buhari unless he meets 10 conditions.

Rising from their joint closed-door session that lasted over four hours on Tuesday, the lawmakers resolved to invoke their legislative powers and impeach the President if he fails to address all their resolutions.

Security agencies must be given a marching order to curtail the killings across the country and protect lives of innocent Nigerians.

The harassment and humiliation by the Executive or perceived political opponent by the police must be put to an end.

The executive must ensure a strict adherence to the rule of law.

The President must be held accountable for the actions of his appointees.

The government should show sincerity in the fight against corruption.

National Assembly will liase with the ECOWAS parliament, EU, UN, Civil Society Organization to save the country’s democracy.

The growing state of unemployment must be curtailed.

A vote of no confidence must be passed on the IGP.

A vote of confidence must be passed on the President of the Senate, Bukola Saraki and Speaker of the House, Yakubu Dogara.

The legislature vowed that if nothing is done, the National Assembly will not hesitate to invoke its powers on the Executive.