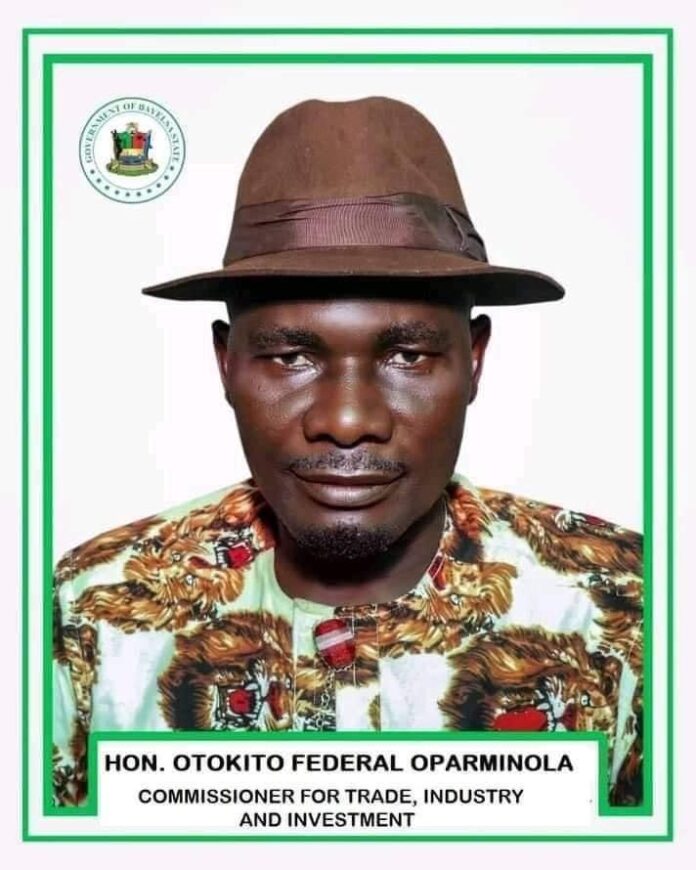 NAIJA LIVE TV learnt that Otokito was kidnapped by heavily armed men from his residence at Otuokpoti, Ogbia Local Government Area of the State on Thursday night.

Sources said the gunmen, who invaded the community at about 11 pm on Thursday night, fired several shots to scare people away before they proceeded to Otokito’s residence where he was whisked away to an unknown destination.

The gunmen kidnapped him from his home in the Otuokpoti community of Ogbia Local Government area at about 11pm on Thursday night.

Police sources claimed the abducted Commissioner recognised one of his abductor and he is from the same community with him.

While some claimed the abduction was over the abducted Commissioner attempt to finger those involved in allege illegal bunkering and cooking of crude oil in the community, others claimed it is a clear case of kidnap for ransome.

The State Commissioner of Police has ordered a discreet investigation into the incident.
last night.