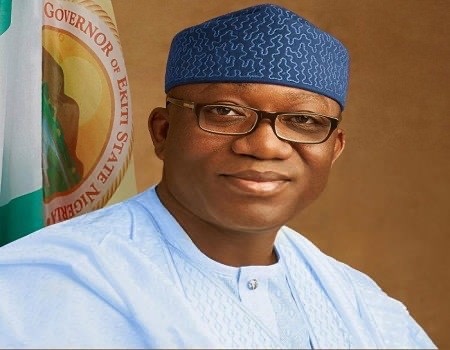 The Governor of Ekiti State, Kayode Fayemi has said through his twitter handle that he has taken the coronavirus (COVID-19) test following his previous meeting with two people who tested positive for the virus. He further said that he had gone into self-isolation and he was feeling well.

Though the result of the test was not stated in his tweet, He encouraged his fellow colleagues to follow in his footsteps by taking the test.

Ekiti APC felicitates with Muslims on the celebration of...

Presidential Aide, Bashir Ahmed Reacts After Being Called Out...