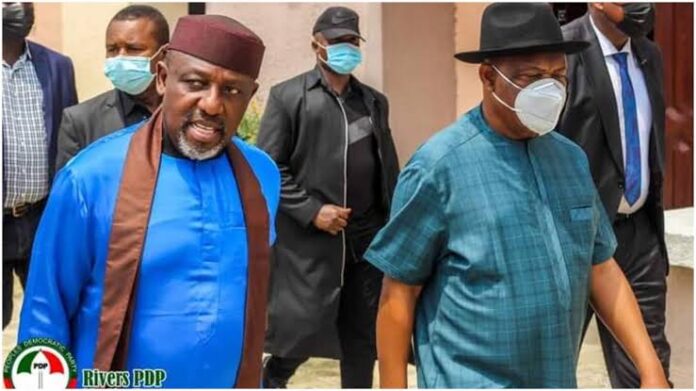 Senator Samuel Anyanwu revealed this information to journalists over the weekend.

Senator Anyanwu, a former lawmaker, has stated that several APC MPs in Imo have begun talks to join the Peoples Democratic Party in the Imo state.

This is what Anyanwu said on the PDP’s and the state’s destiny in 2023.

“If national and state legislators are privately negotiating for a comeback into the PDP, those who are currently members should regard their membership as a privilege to remain loyal and faithful to party rules,” he stated.

Internal strife has engulfed the All Progressives Congress in Imo State over the last year, with former Governor Rochas Okorocha struggling for his political life.

The former Governor went on to build a parallel Party structure led by Dan Nwafor, which the party’s national leadership deemed unconstitutional and void.

Okorocha, who told reporters last week that he was unable to register for the APC’s enormous revalidation drive, has been accused of anti-party acts, the most serious of which is the attempt to destabilize the party prior to his switch to the PDP.