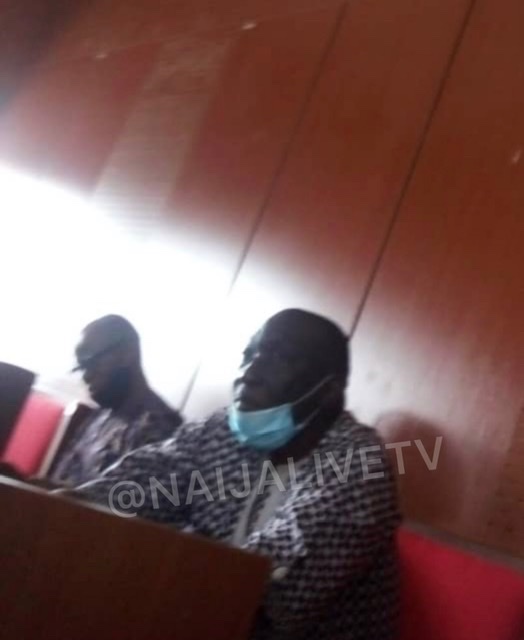 The Alleged suspect is currently at the Federal High Court in Yenagoa for arrangement by the the Department of State Security Sevices (DSS) over the leaked Naked video involving a In-law to former Governor Seriake Dickson, Mr. Walton Liverpool

Here in court is Mr. Liverpool who is the complainant of the case between the alleged 17yrs old minor and the State.