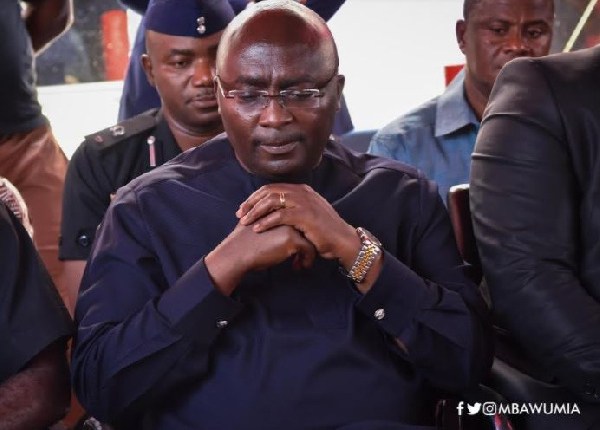 The home of vice president Mahamudu Bawumia of the Republic of Ghana has just been burgled by some robbers.

MyNewsGh reports that although the police have confirmed the break-in to this portal, they are tight-lipped over how it all happened. A source that pleaded strict anonymity, disclosed that the burglars scaled through the wall and forcibly broke into the rooms.

It is further gathered that the criminals broke into the house of Dr. Bawumia at Kperiga, a suburb of Walewale in the West Mamprusi Municiplity of North East Region. They made away with television sets, decoders and other valuables.

Meanwhile, MyNewsGh also confirmed that 4 persons have since been arrested in connection with the crime and are currently in police custody assisting with investigations.

Police declined disclosing the identities of all four suspects who it is gathered could soon be arraigned before court over the alleged involvement.

At the time of filing of this report, the fence wall at the home of the Vice President was being reinforced by increasing its height to avert a similar break in in the future with reports suggesting that other houses close were also broken into by the criminals.

31 out of 152 coronavirus patients in Ghana recover